Reigning champions Saracens got their title defence off to the best imaginable start as they dismantled Sale Sharks to record an imposing bonus-point victory at Allianz Park on Saturday.

Saracens were in control by half-time, touching down three tries in the opening 40 minutes. New signing Michael Rhodes was first to cross the whitewash before Centre Tim Streather and winger Mike Ellery also contributed with well-taken tries.

Former England a British Lions fly-half Charlie Hodgson did the business for Sarries from the tee, kicking all three conversions as well as adding six further points with a pair penalties.

Danny Cipriani registered Sale’s only points of the game in the first half from the tee with the north-west side trailing 27-3 at the break.

Saracens confirmed the bonus point just after the hour when Ellery went over for his second following a terrific reverse pass from Ben Spencer. Hodgson stepped up to convert again, taking his total for the day to 14 points.

The hosts then crossed for a fifth and final try through Will Fraser on his return with fullback Alex Goode this time converting to complete the day’s scoring, 41-3.

For the hosts it was the best possible way to start the new campaign, especially ahead of a difficult trip to Gloucester in their next game.

Sale struggled to establish themselves throughout the match with their lineout faltering and scrum unable to compete. They will be hoping for a much-improved performance next time out against newly promoted Worcester at home on Friday night.

Man of the Match 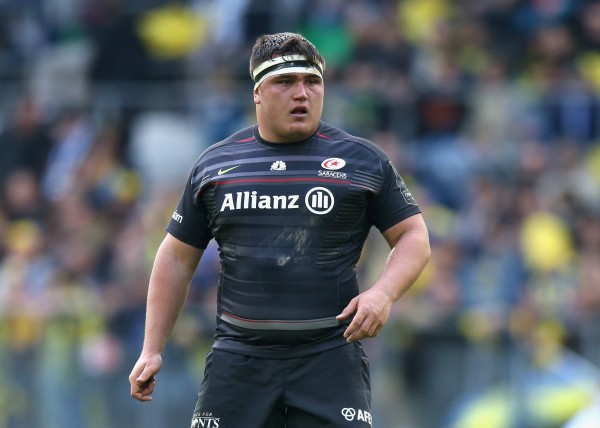