South African number eight Ernst Joubert bring down the curtain on his career, making his final appearance for Sarries before retiring. The 35-year-old is joined in the back-row by Kelly Brown and Will Fraser in the back-row.

Sarries, who have played in four of the last seven Premiership finals, will be returning to Twickenham for the first time since lifting the trophy by beating Bath in May.

Meanwhile, Worcester, who have never played a game of XVs at Twickenham before, make 14 changes in the wake of last week’s embarrassing European Challenge Cup defeat against Zebre with only flanker Sam Betty keeps his place for Warriors 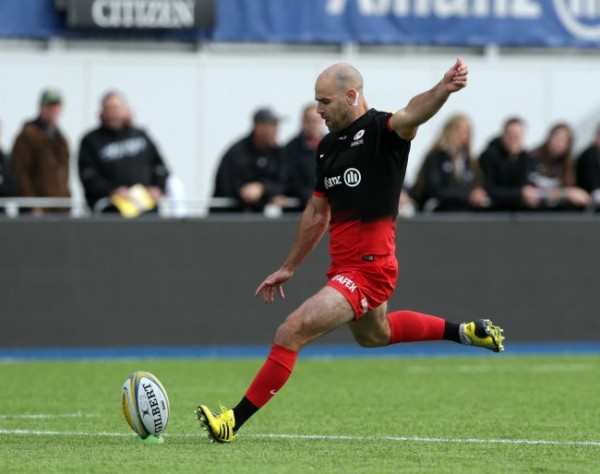 Former England fly-half Charlie Hodgson announced this week he will retire from professional at the end of the season to become the club’s new head of recruitment. In a game where Worcester will be defensively well organised it will be up to Hodgson to find the gaps with his clever tactical kicking and pin-point passing.

If the Warriors are to get anything from this game they need to ensure Tom Heathcote is on top of his game. The number 10 sailed over a last minute drop goal for the Warriors to win their opening game against Northampton, and he will need to deliver that kind of magic again here to give his side any hope.