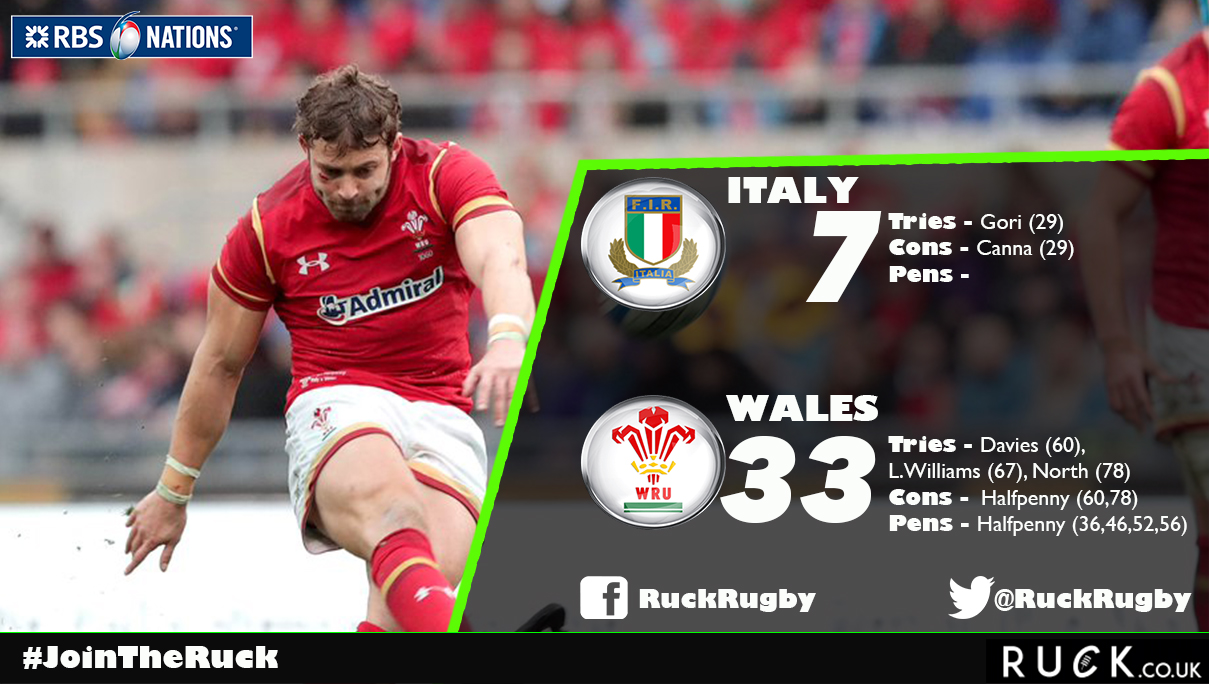 Wales scored 30 unanswered second-half points to get their Six Nations campaign off to a winning start against Italy at the Stadio Olimpico on Sunday.

The Welsh, who failed to win any of their away games in 2016, dominated early on but couldn’t turn their possession and territory into points.

Italy then capitalised on a rare venture into Welsh 22 with Edoardo Gori emerging from the depths of a bundle to open the try scoring on the half hour.

Fly-half Carlo Canna then converted to give the hosts a seven-point advantage, 7-0.

Leigh Halfpenny slotted penalties either side of half-time to reduce the deficit to a single point.

The fullback then slotted a long-range penalty, giving the visitors the lead for the first time before extending it soon after with another fabulous kick, 7-12.

Liam Williams then had a chance to secure a try-scoring bonus point right at the end but lost the ball forward.

Halfpenny finished with an 18-point haul from four penalties and conversions of all three tries.