Two-time Champions South Africa exorcized their Japanese demons by making light work of Samoa in a 46-6 victory. Scotland are fielding a much-changed team, and they may end up being the latest in a long line of victims, in this Pool B decider.

South Africa flexed their collective muscle against Samoa and looked as if they had all taken a sip from the fountain of youth, as they ran rampant with six unanswered tries.

A stunning JP Pietersen hat-trick has been rewarded with a second consecutive start for the veteran wing. Bryan Habana rolled back the years to score a late try in the last play of the match, after being largely anonymous for much of the game.

One more try for Habana would see him stand alone from Shane Williams as the third highest try scorer in Test history.

The win against Samoa did come at a price, however, with a broken jaw in that bruising encounter forcing captain Jean de Villiers to retire from rugby with immediate effect.

Jesse Kriel steps in at inside centre while Victor Matfield is suffering from a strained hamstring and is replaced by Lodewyk de Jager in the second row. Adriaan Strauss is replaced by Bismarck du Plessis at hooker.

The captain’s honours have been handed to scrum-half Fourie du Preez, who will skipper his nation for the first time on his 74th cap.

Meanwhile, Scotland keep just four faces from the starting XV that beat a plucky USA side.

Captain Greig Laidlaw returns to lead the side, with Tommy Seymour, Richie Vernon, Matt Scott and Duncan Weir joining him in the backs.

Weir replaces Finn Russell at fly-half to earn his first ever start in a Rugby World Cup match, and he will need to be clinical from the boot if Scotland is to stay within touching distance of South Africa. 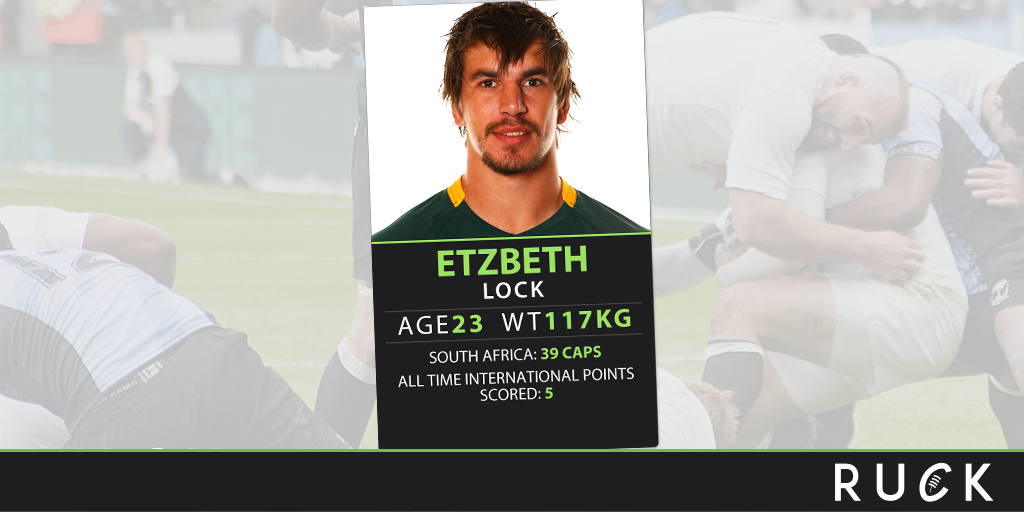 Standing 6ft 8in and weighing 18st 7lb South Africa’s giant 23-year-old lock is a fearsome presence for any team to face. He was handed a Test debut against England in June 2012 and already has amassed nearly 40 caps for the Springboks.The second-row has also since been labelled ‘the new Bakkies Botha’, who won 84 caps for South Africa which included hoisting the Webb Ellis Cup in 2007. 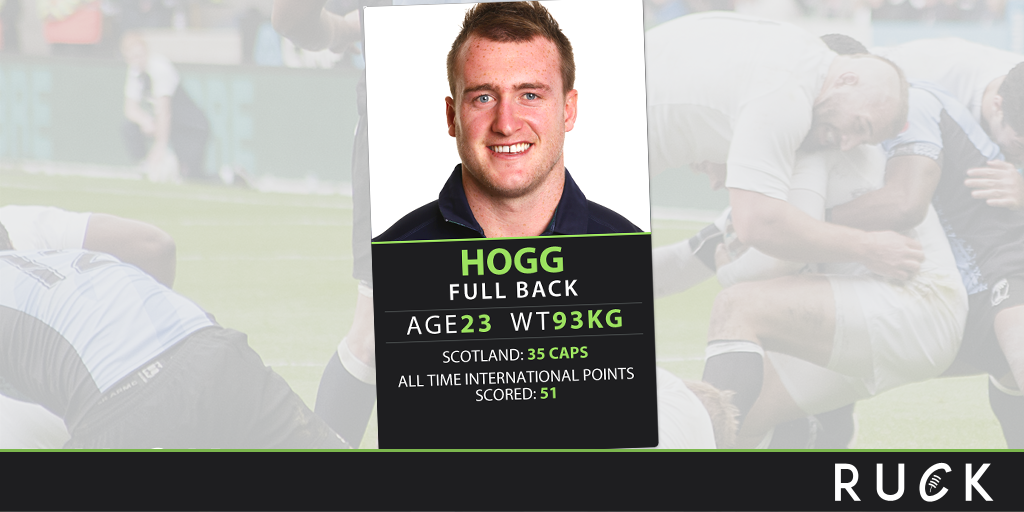 Glasgow Warriors’ fullback Hogg is one of the regulars to retain his place. The 23-year-old is fantastic under the high ball and is a dynamic runner who can often get over the gain line, breaking a few tackles in the process. Hogg was mesmeric throughout the six nations earlier this year. In a struggling side, his individual contribution was outstanding. Attacking wise, Hogg made the most metres (442); beat the most defenders (18); and made the second-most carries (63).

RUCK prediction
Scotland has claimed victory over this illustrious opposition on five occasions in their history, but they have suffered 20 defeats. The home nation were last triumphant five years ago when they won 21-17 in a test at Murrayfield. However in their last two meetings Scotland have failed to score a try, with the aggregate tally standing at 83 to 27 on the try count and 652 points to 270. South Africa will look to extend that further, and put their status as title contenders beyond any reasonable doubt with a second straight victory in the competition.
South Africa by 25.