The Lions tour of New Zealand is still several months away but that hasn’t stopped us at RUCK.co.uk from looking forward to it already.

Coming off the back of a massive series win over Australia, absolutely smashing the Wallabies in the final test, the Lions face the daunting task of trying to take down the back to back world champions, New Zealand.

The 2017 tour includes the usual three test matches along with some huge midweek games against the likes of the Crusaders, the Chiefs and the Maori All Blacks. You can view the full schedule here.

Conor Murray is the choice at nine for all four pundits as is George North on the right wing. Ireland’s Johnny Sexton also starts at ten for three of the pundits with only Jones going with England’s Owen Farrell in the playmaker role. 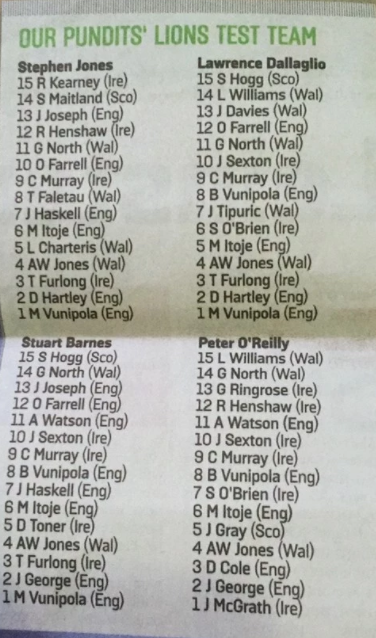