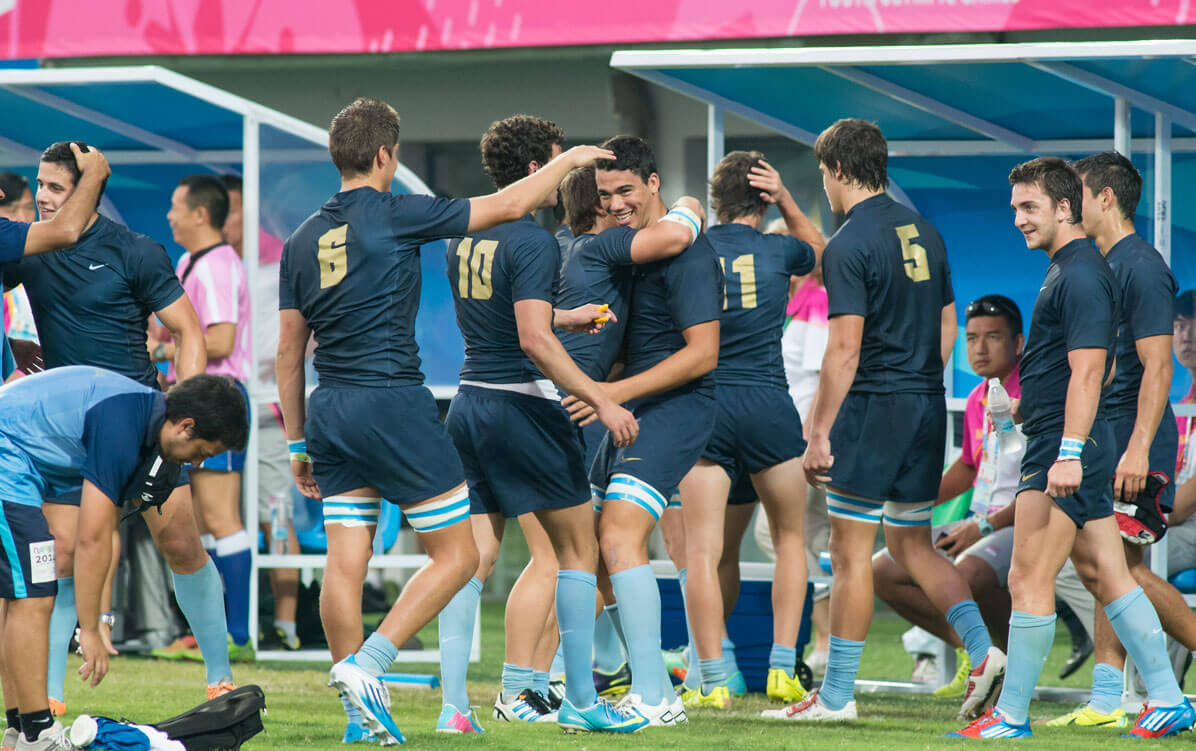 THE HEAD COACH: Their loyal head coach Daniel Hourcade built his way up to the Argentinian national team starting with the Pumas U21 side. He then moved to Europe and was the assistant coach of Portugal throughout the RWC in 2007. He returned to Argentina to lead the Pampas XV, but it was not long before he got promoted to the head coach role in 2013 following Santiago Phelan’s resignation. He since led the Pumas to break their losing record in The Rugby Championship by beating Australia in 2014. A year later they then overcame the Springboks in Durban to finish off the bottom of the Championship for the first time.

FAMILIAR FACES: Skipper Agustin Creevy and Marcos Ayerza have been stalwarts in the Argentina front row for many years’ now, accumulating a combined 100 caps. Toulon’s veteran flanker Juan Martin Fernandez Lobbe is another player who will be well known to fans. Bath Rugby wing Horacio Agulla is another recognizable face after he scored 22 tries in two season’s so far with the Premiership side.

KEY PLAYER: Energetic scrum-half Tomas Cubelli has breathed rugby from a young age, following in the footsteps of his father Alejandro, who was also an Argentina international between 1977 and 1990. Although he may be considered “small” in the game, he makes up for it with skill and a great passing range. He has represented the Pumas since U19 right up to the senior side and has now established himself as one of the first names on the team sheet.

YOUNG GUN: Argentina have produced some fantastic talent over the last few year’s but 21-year old sidestepping sensation wing Santiago Cordero looks like he is the real deal. Since making his senior bow against England in 2013 he has made 12 Test appearances, scoring three tries.

STYLE: The Argentinian way of playing is reliant on their strong set piece and powerful front row. They are forces to be reckoned with in both the scrum and the lineout but also play open, intelligent rugby when they get the ball to their backs. They have strengths in all areas.

BEST RWC MOMENT: Argentina powered to a convincing 34-10 victory over France to make history when they claimed an incredible third place at the Rugby World Cup in 2007.

WORST RWC MOMENT: After the triumph of 2007 Argentina were hopeful of another successful World Cup campaign in 2011. Nevertheless, a narrow defeat to an underperforming England in the Pool stage meant the Pumas would face the mighty New Zealand in the quarter-finals and, therefore, they crashed out earlier than they would have hoped.

EXPECTATIONS: New Zealand will be odds-on favourites to take the Pool, but Argentina will be expected to finish runners-up and take their place in the quarter-finals at the very least.

VIEW FROM THE STANDS: Thomas, 18, from Buenos Aires.
1. Where do you think Argentina is strongest? They are very tough in every aspect. It’s a very physical team, who are very strong in the scrum.
2. Which player is key to the team? For me it is Agustin Creevy. Not only as a player but also as the leader of the team.
3. What did you make of the Pumas surprising win against South Africa? I was shocked. Although we’ve been improving progressively in every aspect since we entered the championship winning against South Africa is not something that happens every day. I think with this victory we have won respect from other national teams, and that is was very important as it will give them confidence for the World Cup.
4. Who do you think will win the World Cup? Most probably the All Blacks. They are a very complete team and the best of the century in my opinion.

RUCK VERDICT: Argentina finished off the bottom of The Rugby Championship for the first time following their incredible triumph against South Africa in Durban, which will give the Pumas confidence. They should reach the quarter-finals with anything else being a bonus.