The Premiership Rugby 7s gets underway again this weekend with a host of up and coming young stars looking to demonstrate their talents.

The annual curtain raiser for the new season always provides a glimpse into the future as stars of tomorrow enjoy their first moments in the limelight.

Indeed, no fewer than 43 players have gone on to play Test rugby after playing in the Premiership Rugby 7s.

Of those 43, six of them – Owen Farrell, George Kruis, Jack Nowell, Anthony Watson, Ross Moriarty and Elliot Daly – went on to become British & Irish Lions in 2017 in their historic drawn Test series against the All Blacks. 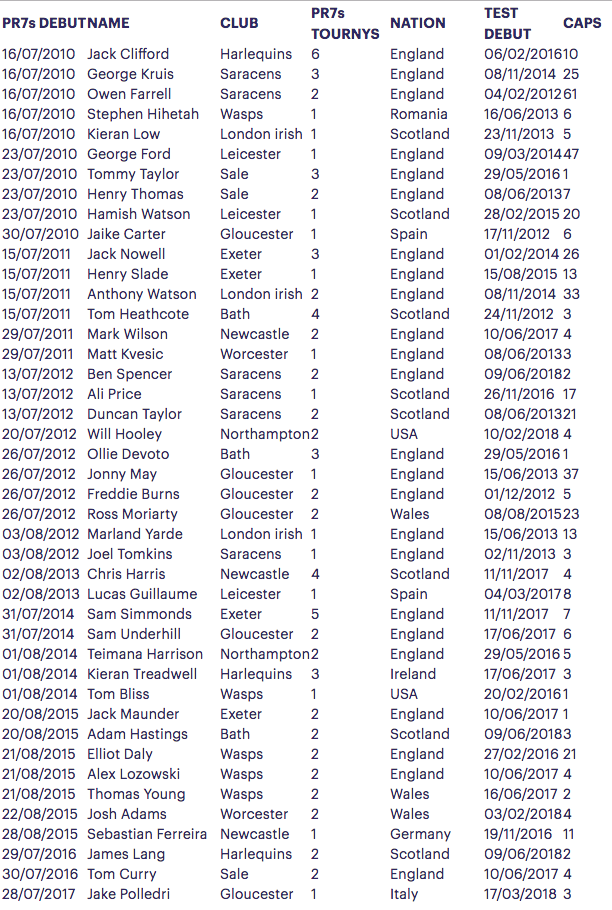