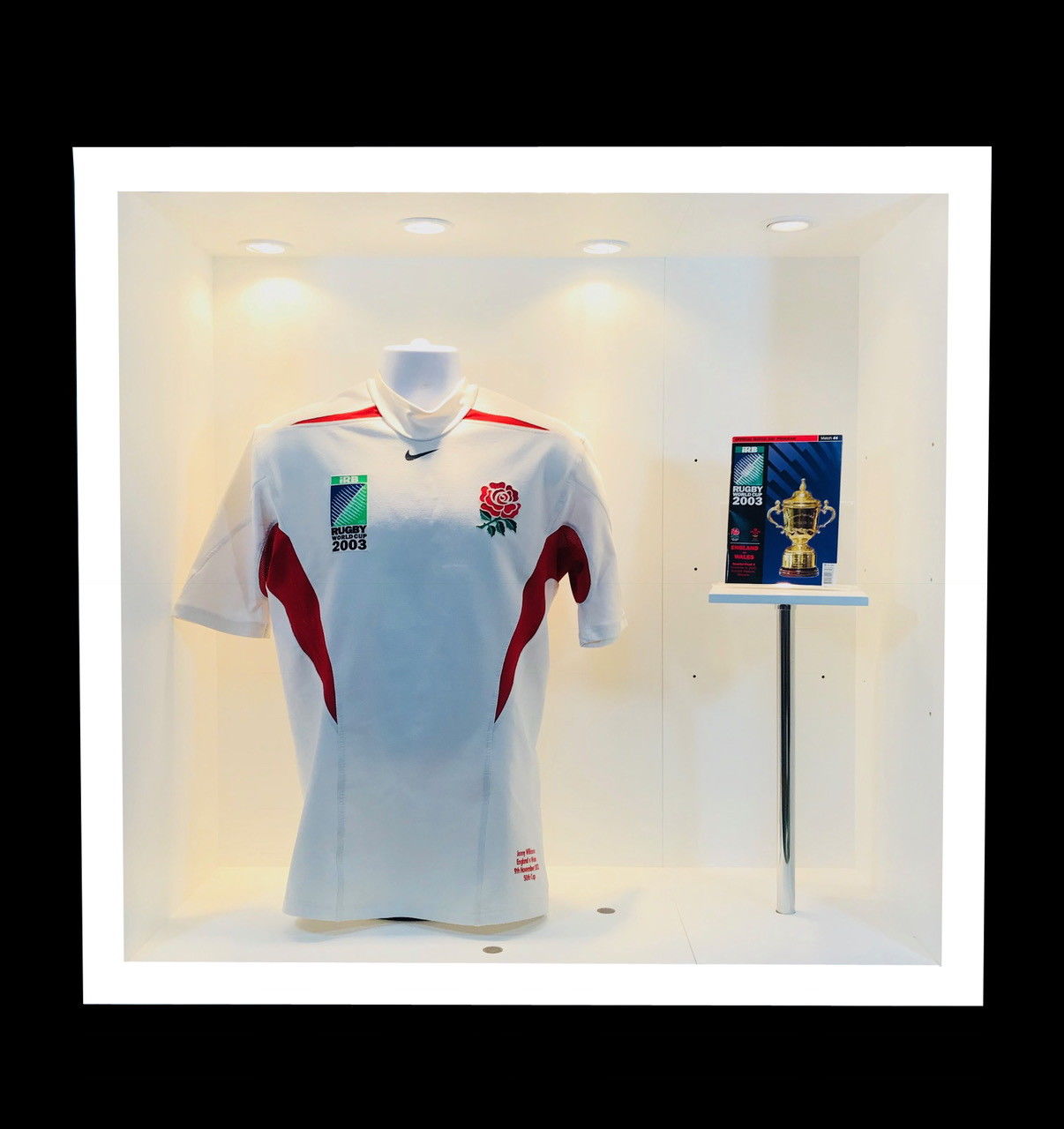 This signed Official Gilbert Match Ball No. 2  was used during Japan‘s historic first ever victory in an IRB Rugby World Cup when they defeated the South African Springboks. 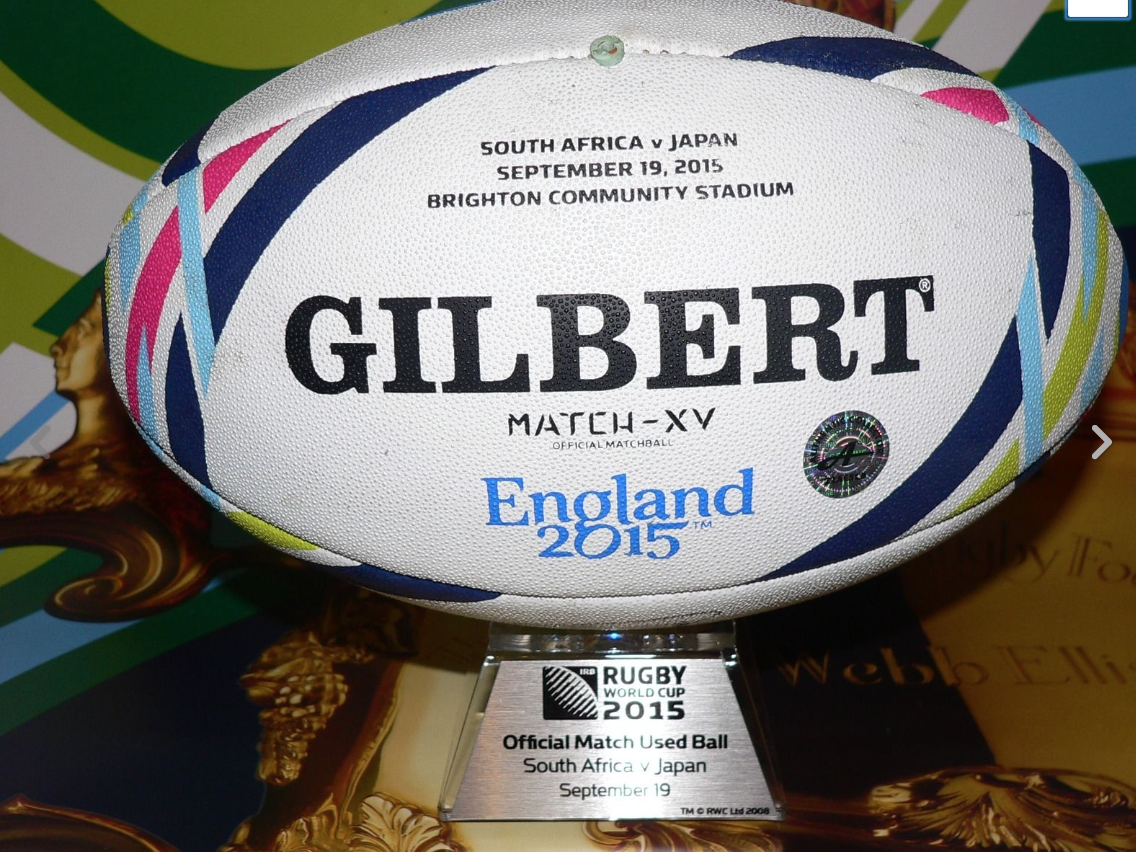 The match was played on 19th September 2015 at the Brighton Community Stadium with Japan making Rugby World Cup history by defeating South Africa 34 – 32 with a famous last minute try.

These boots were made for Dan Carters 100Th All blacks Cap against England. These boots are Number 36 out of 100 (embedded on the boot). 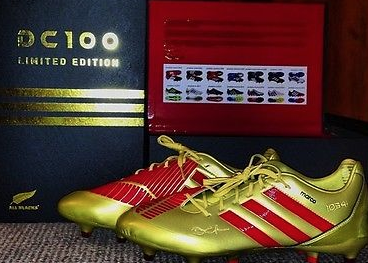