While Ireland understandably captured most of the headlines for their first home win over New Zealand, the USA made a piece of their own history some 2,000 miles away in Bucharest. We take a look at how this weekend’s games affected the World Rugby Rankings.

An emphatic 31-5 victory over Romania in Bucharest has lifted the USA to their highest ever World Rugby Ranking of 13th, continuing a tremendous year for the Eagles which has seen them win all nine tests in 2018.

The reward for winning by such a big margin was 1.34 rating points and, with an overall total of 73.66 points, they are now above both Georgia and Italy, even though the Lelos also won.

Next up? The small matter of Ireland at the Aviva Stadium. 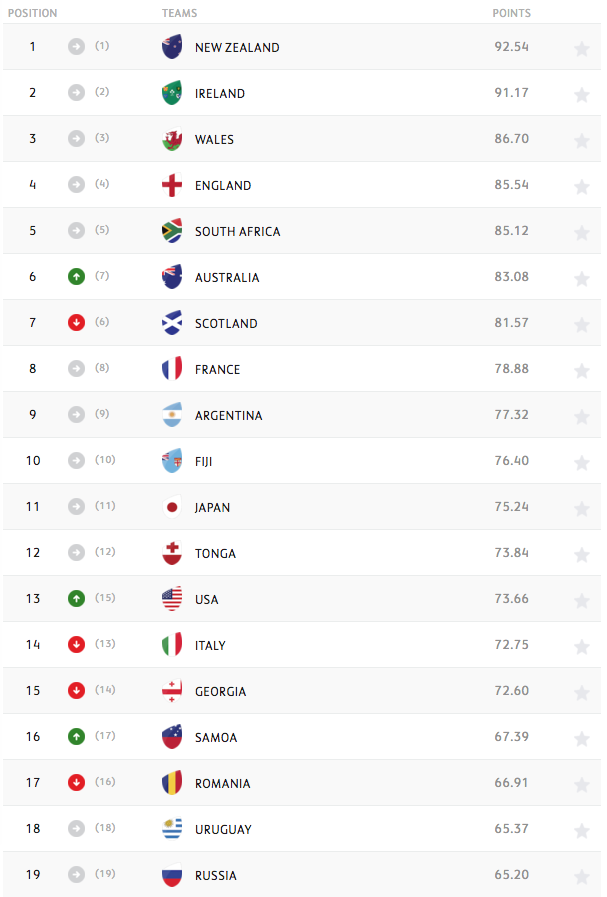