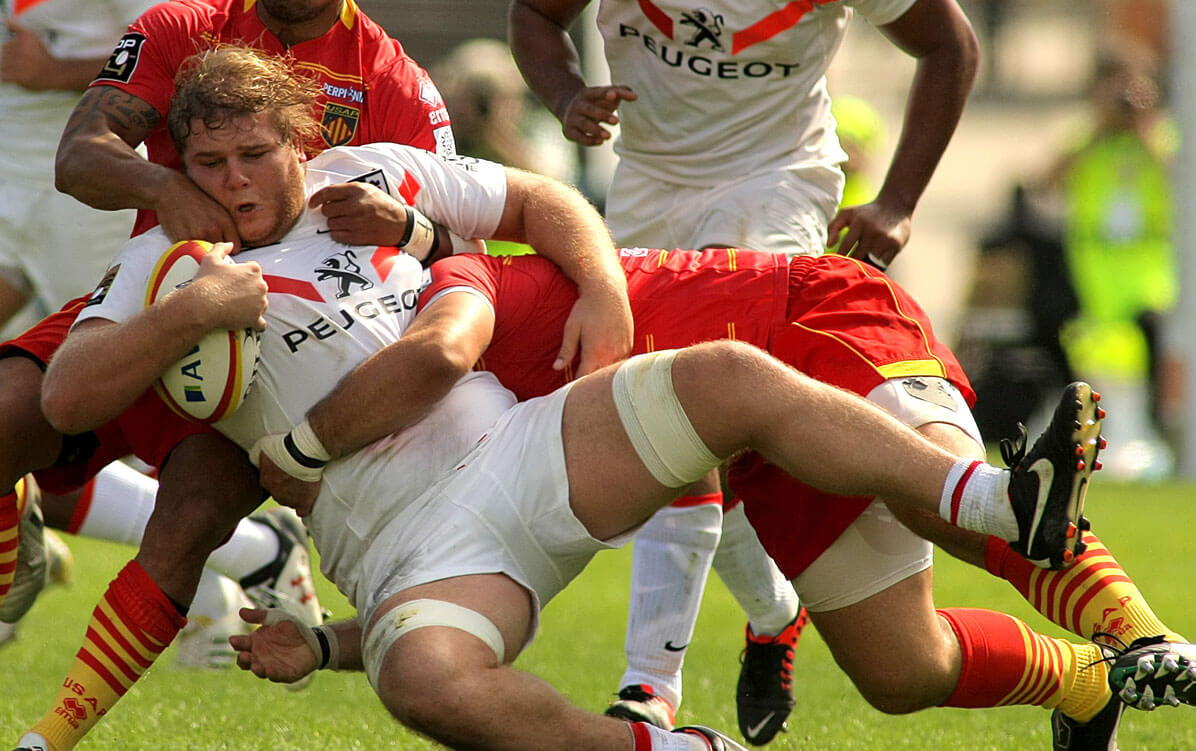 The men who wear the no.15 jersey are usually excellent playmakers and have blistering pace, but here at RUCK.co.uk we thought we would slow it down to honour our all-time Top 10 fullbacks.

The 26-year old Leigh Halfpenny is one of the most talented and successful players of the modern era with his reliable boot and line-breaking ability proving valuable assets to both Wales and the British and Irish Lions. He made his international bow in 2008, and the fullback has since played for Wales in the World Cup semi-final in 2011 as well as winning Six Nations titles in 2012 and 2013, the initial being a Grand Slam.

Did you know: Halfpenny is the third highest record points scorer for Wales after Neil Jenkins and Stephen Jones.

Goal-kicking machine Andy Irvine is remembered as one of the finest attacking fullbacks of all time. He made his Scotland debut in a narrow 14-9 defeat to the All Blacks in 1972 and would accumulate 51 caps over the next decade, scoring a total 250 points. The blisteringly quick back also made nine appearances for the British and Irish Lions, scoring 51 points.

Did you know: He is an inductee of the Scottish Sports Hall of Fame and the International Rugby Hall of Fame.

Despite only being 27-years of age Israel Dagg has established himself through his ability on and off the ball as one of the finest players in the current New Zealand crop. Dagg made his debut for the All Blacks in 2010 and was a key member of the team that won the Webb Ellis Cup in 2011 after he displaced his predecessor Mils Muliaina. He should impress once again at the upcoming World Cup as he continues to enhance his already glowing reputation.

Did you know: Following the completion of the Rugby World Cup, the IRB’s Rugby News Service listed Dagg as one of the Top 5 players

Nicknamed “The Boot” Don Clarke is perhaps the best goal-kicking fullback of all time due to his spectacular accuracy. Clarke in total won 31 test match caps for the All Blacks between 1956 and 1964. When he hung up his boots, he had an impressive record of 781 points for New Zealand, a record that stood for almost a quarter of a century before it was beaten by Grant Fox.

A leader on and off the pitch Gavin Hastings was a jack-of-all-trades, specializing in both attacking and defence. The former Scotland Skipper led his country in 20 of his 61 caps, which included the World Cup semi-final defeat against England in 1991. He also went on two Lions tours, captaining them in 1993.

Did you know: As a schoolboy Hastings became the first player to captain a Scottish students side to win in England.

Spectacular all-round athlete J.P.R Williams is regarded as one of the finest fullbacks to come out of the Northern Hemisphere. Making his Wales debut in 1969 he went on to become a key member of the dominant Welsh side of the 1970’s. He won in total 55 caps for Wales, triumphing in three Grand Slams in 1971, 1976 and 1978.

Did you know: In January 2006, in a party of 16 Welsh men and women, he climbed Mount Kilimanjaro in Tanzania for charity, helping to raise more than £200,000 for the NSPCC’s ‘Full Stop’ Campaign.

Christian Cullen’s record of 46 tries in 58 tests for the New Zealand national team remains one of the top 10 tallies for a player at the international level. It is also one of the most prolific ratios ever seen. The former All Black was one the early great running fullback, transforming the position into what it has become today.

Did you know: At the 1996 World Sevens competition in Hong Kong he scored 18 tries, including seven in one match.

In third place is cross-code star Jason Robinson, who was a key member of the England team that triumphed in the World Cup in 2003 before also appearing in the final in 2007. The devastating game-breaker briefly captained England while Jonny Wilkinson was out injured and after retiring from rugby international in 2007 had made 51 Test caps in total, scoring 140 points. Throughout his career, Robinson was noted for his acceleration, side step and ability to beat defenders.

Did you know: Robinson is nicknamed ‘Billy Whizz’ after a character in the British comic The Beano, who is incredibly fast

Bound to Springbok folklore, Percy Montgomery was the primary reason South African Rugby had so much success around the turn of the century, and it’s earned him the number two spot on our list. To this day, Montgomery remains the highest ever points scorer for the Springboks in test rugby, helping them to two Tri-Nations titles and the 2007 World Cup. Montgomery became the first Springbok to earn 100 caps and to this day remains their all-time top point scorer with 893 points in internationals.

Did you know: Montgomery earned his first Springbok cap against the British and Irish Lions in July 1997 as an outside centre.

There could be only one-man top of this list, and that is Les Bleus legend Serge Blanco. The French icon’s international career with France saw the flamboyant fullback perform various outlandish levels of skill while winning to Grand Slams in 1981 and 1987 as well as four further titles. Blanco was a threat from everywhere on the field and often took risks that we very rarely see nowadays. In total, he won 93 caps for France during his 11-year international career between 1980 and 1991, which was a record when he retired. He also scored an imposing 233 points and is a true legend of the sport.

Did you know: Images of Blanco’s on-field heroics can always be viewed ironically alongside images of him strutting along the touchline nursing a cigarette.