An early penalty try in the second half was enough to ensure Wasps picked up their first Aviva Premiership win of the new season, beating last season’s finalists Bath in the process.

In a rain-affected first half, it was the hosts who went into the break with a slender 6-3 lead after Jimmy Gopperth, and George Ford had traded penalties for their respective sides.

Wasps were awarded a penalty try early in the second half, with Bath’s scrum-half Niko Matawalu, who was making his Premiership debut, was sent to the sin-bin.

Gopperth was in excellent form all day with the boot, extending his team’s lead to thirteen, and despite Ford adding two more penalties of his own, Bath could not unlock the hosts robust defence to score a try of their own.

The turning point in the match came 13 minutes after the break when Matawalu was shown a yellow card by referee Craig Maxwell-Keys, after consultation with the television match official.

The Fijian’s clearing kick from inside his own 22 was charged down by Nathan Hughes, and Matawalu was then adjudged to have pulled back the onrushing number eight and denied a try, which was then awarded.

Wasps stood firm till then end, and with an excellent scrum with time expiring they forced a penalty which saw Gopperth fire the ball out of play to ensure his side claimed the decisive victory.

It was a win that went opposite the form book, with Bath losing one of their opening two fixtures for the first time in four years and was only their second defeat in their last ten Aviva Premiership matches.

The win was also only the second time Wasps have beaten Bath in the last six meetings between the pair.

Next up for Wasps is an away trip to Leicester, while Bath will be looking to bounce back with a testing home clash against Harlequins. 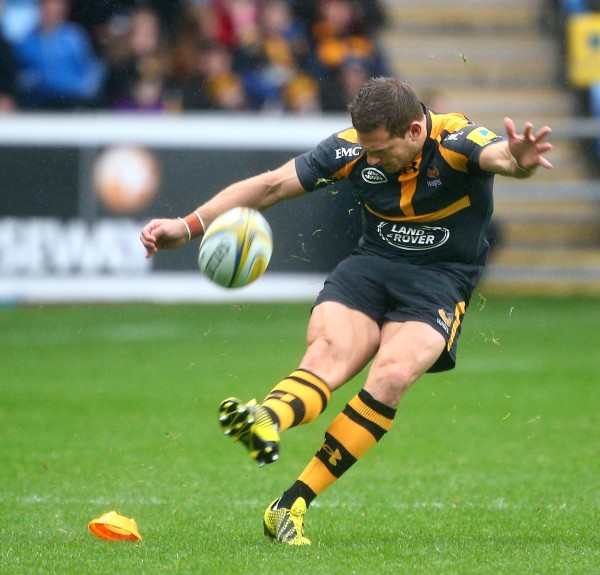 Despite the harsh conditions, Gopperth was the star of the show and ensured his team were victorious thanks to his fantastic kicking display, which saw them move out of reach to the chasing Bath side.

The whole Wasps forward pack could have made their claim for man of the match, thanks to their fantastic efforts in the scrum and defensively to hold out a strong Bath side, but Gopperth was ice cool under pressure with several kicks and penned the away side back in their own half with the boot from his hands.He helped control the tempo of the