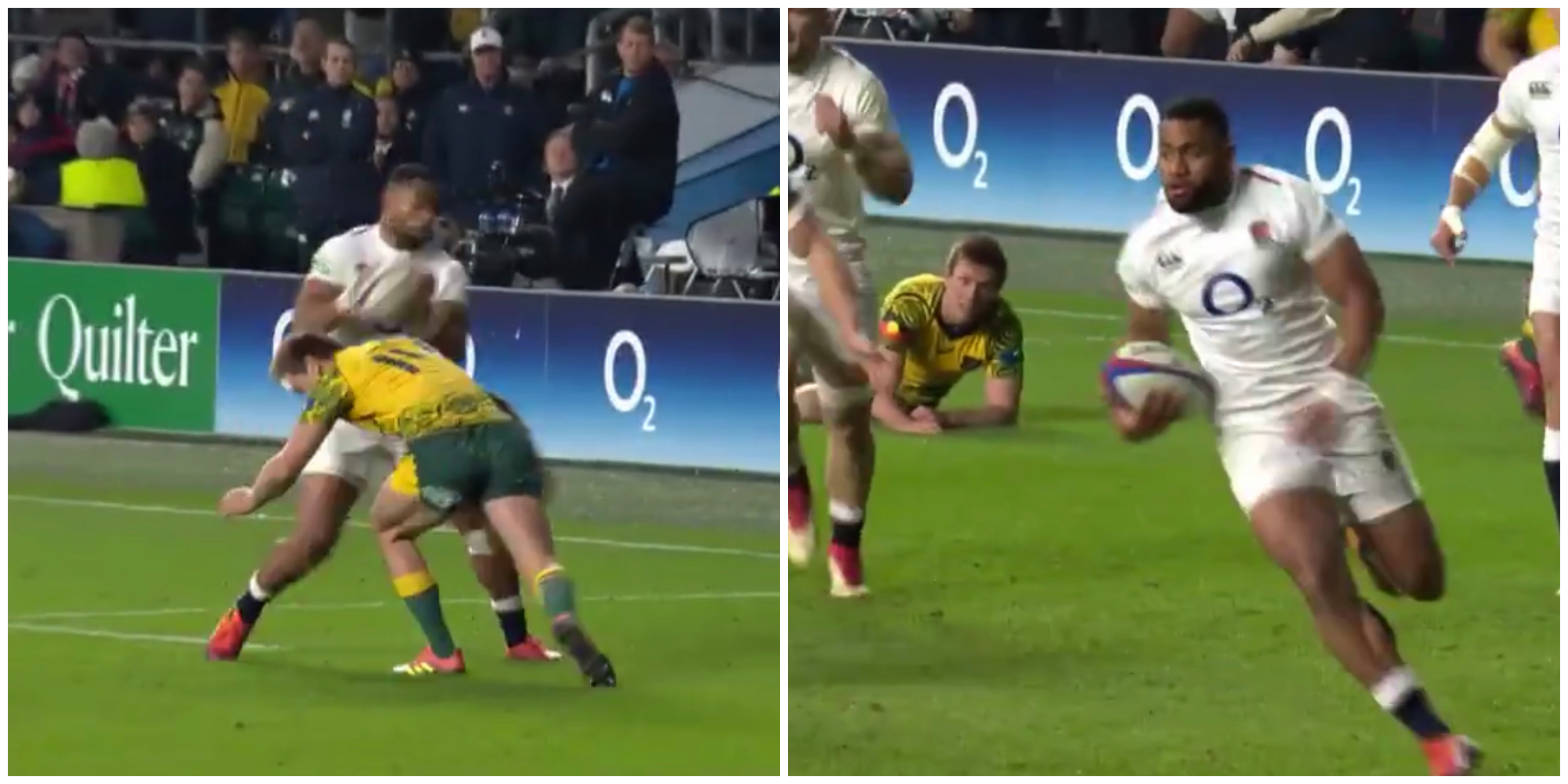 England enjoyed a dominant 37-18 win over Australia at Twickenham on Saturday afternoon, and it was Bath winger Joe Cokanasiga who proved to be one of the stars of the show.

With the game in the balance as the hour mark approached, the hulking number 14 bagged his second try in as many tests in style, brushing off the attentions of experienced Aussie Dane Haylett-Petty – no pushover at almost 16 stone himself – to help send England on their way to a comfortable win.

Watch the ruthless finish below:

TRY! England score again with a fantastic finish from @JoeCokanasiga 💪

Tune in and watch LIVE on @SkySports Main Event or Action, or follow our live blog: https://t.co/19neQOD6WF #ENGvAUS pic.twitter.com/nR9NhMUOVD

What a player Joe Cokanasiga is going to be with a couple years’ more experience under his belt. He and Sinckler have been absolutely outstanding today
#ENGvAUS

England have a new star….
Joe Cokanasiga
What an absolute monster.#ENGvAUS

Haha. It’s weird seeing someone being tackled but it doing absolutely nothing.

Your @BollingerUK Fans’ Man of the Match….

A bit of a shame we let that final minute try through, but great play from @EnglandRugby and Joe Cokanasiga especially #ENGvAUS #CarryThemHome @BathBytes

This man is a freak of nature!

What a player Joe Cokanasiga is! England well stocked on the winger front.