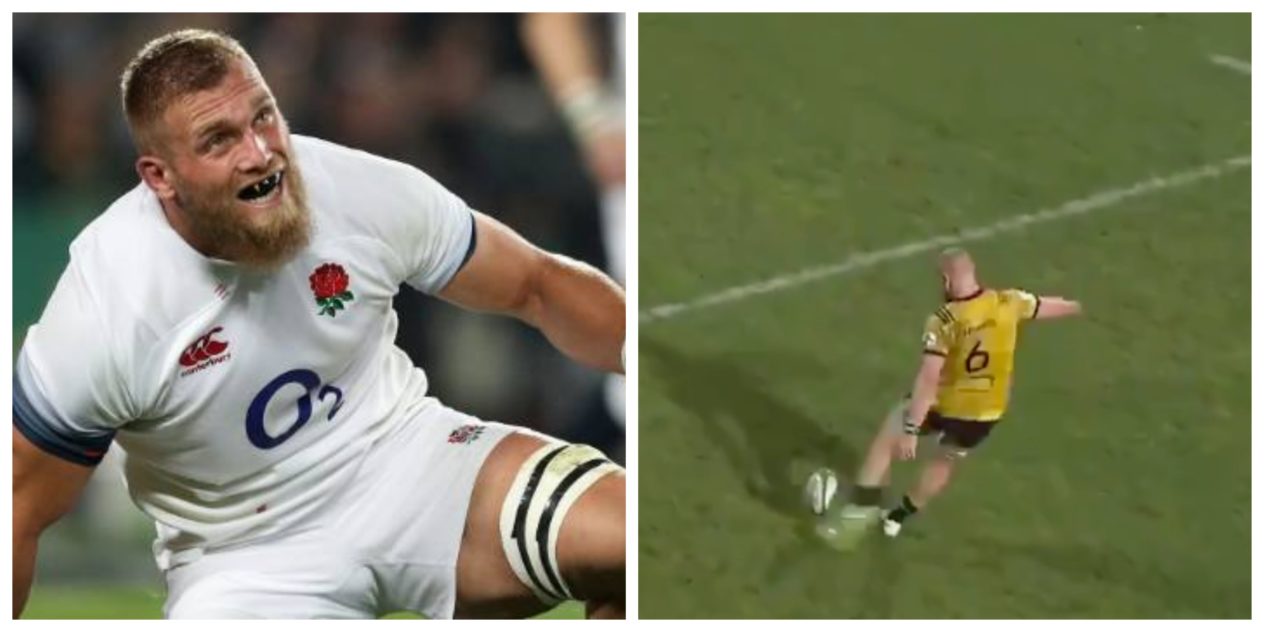 The recently capped England flanker will now move to the UK to play for Wasps, so it was an emotional farewell in Christchurch, as he looks ahead to his next chapter.

As has become customary, Brad Shields gave a kick at goal his best shot as the game came to a close.