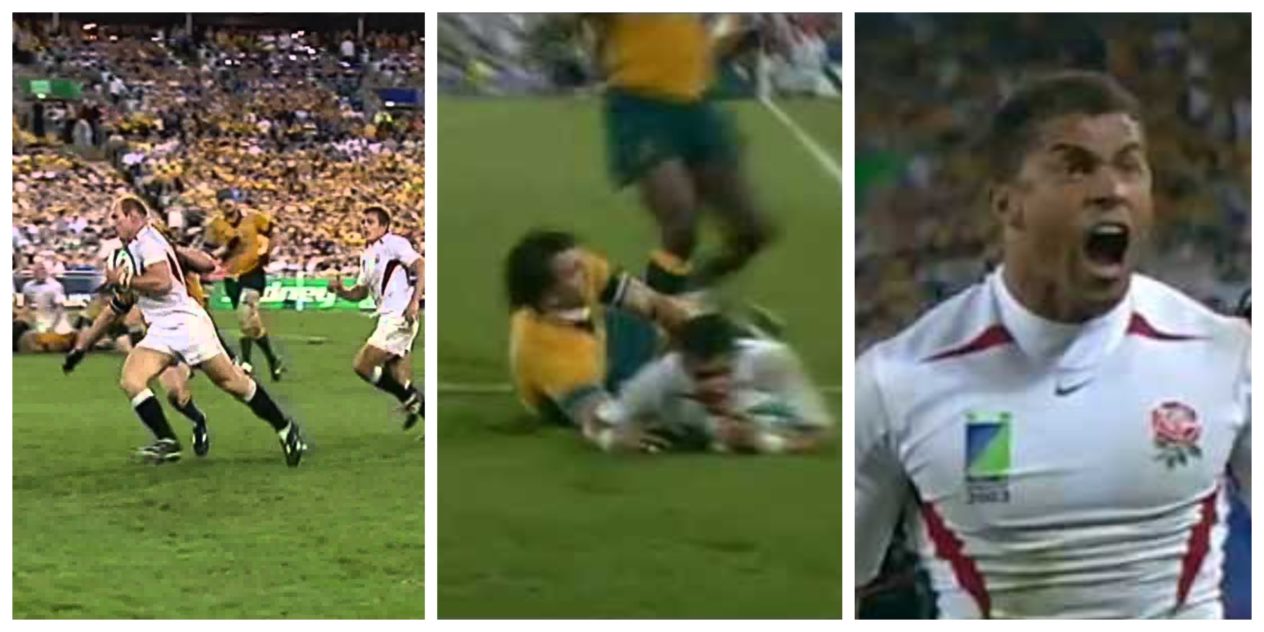 TRY OF THE DAY – Jason Robinson try vs Australia, 2003

The England legend joined Sale Sharks on this day (October 17th) in 2000 and as they say, the rest is history.

Robinson made his England début as a substitute against Italy in February 2001, having played in the A match against Wales at Wrexham a fortnight earlier. In doing so he was only the second man ever to play rugby union for England after having first played Rugby League for Great Britain (the first having been Barrie-Jon Mather in 1999).

He scored 30 tries in 56 international matches, including a try in the 2003 World Cup Final against Australia, which is out try of the day. He played in all seven of England’s World Cup games in 2003.