Exeter Chiefs Olly Woodburn could be about to receive a deserved call-up to the senior England team after the winger posted on his Instagram story that he is Lisbon-bound.

The 25-year-old was expected to feature in Chiefs Anglo-Welsh clash with Northampton Saints tomorrow, but has instead made a sudden departure to Portugal where England are currently training ahead of their clash against Argentina next weekend. 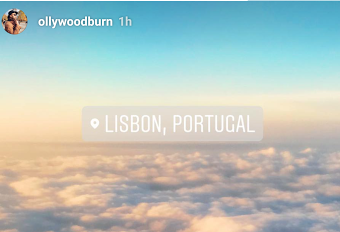 A key figure in last season’s title win, Woodburn has started the current campaign equally impressively, with his try-scoring, defensive work and ability under the high ball attracting the attention of former France boss Phillipe Saint-Andre in his capacity as a pundit for French TV.

French wing legend Saint-Andre told The Rugby Paper: “Why is Olly Woodburn not in the England squad? He should be because he’s big, is so good under the high ball, very strong in defence and he can score tries as well – and lots of them!”

England have already seen three front-line wing contenders removed from the fray with Wasps’ Elliot Daly, who played in all three Tests for the Lions in New Zealand, sidelined with a knee ligament problem, while Exeter’s Jack Nowell fractured his cheek and eye socket and Jonny May pulling his hamstring. Semesa Rokoduguni is also reported to be struggling.

We will bring you more on this potential call-up as we get it.