Australia and Ireland both improved their rating points in the World Rugby Rankings thanks to wins over Wales and South Africa but not enough to climb any places.

The Wallabies’ 13th straight victory over Wales, this time 29-21, came with a reward of just under a fraction of a point, to move them on to 88.02 points.

They remain in third place overall, just over two points behind England whose own position of second is unchanged following a scrappy 21-8 victory over Argentina at Twickenham. New Zealand stay top of the pile, on 93.83 points, after seeing off France 38-18 in Paris.

Ireland also scored 38 points but with only three in reply as they recorded their biggest win over South Africa by some distance at the Aviva Stadium in Dublin. Ireland’s 35-point winning margin more than doubled their previous best of 17 over South Africa, and was worth one full rating point. They are now on 86.39 points with the cushion between themselves and the Springboks over two points.

The biggest risers and fallers mainly came lower down the rankings although Italy move up one place, above Tonga, into 13th thanks to a 19-10 win over ninth-ranked Fiji.

The Netherlands also leapfrog Kenya, and four other teams in Brazil, Czech Republic, Switzerland and Korea, after they began their Rugby Europe Trophy campaign with a convincing 59-7 win away to Moldova. 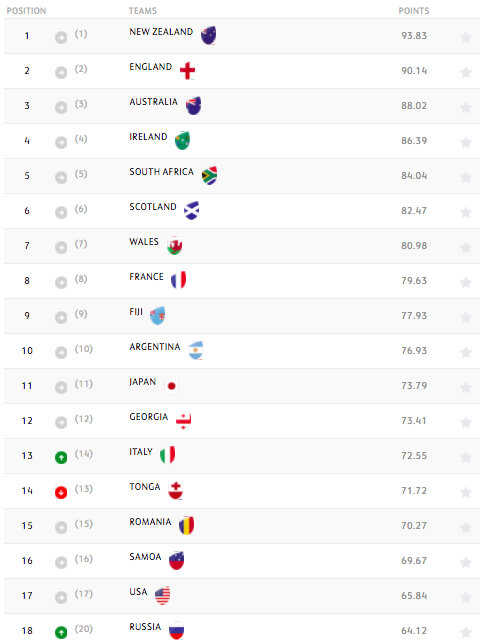 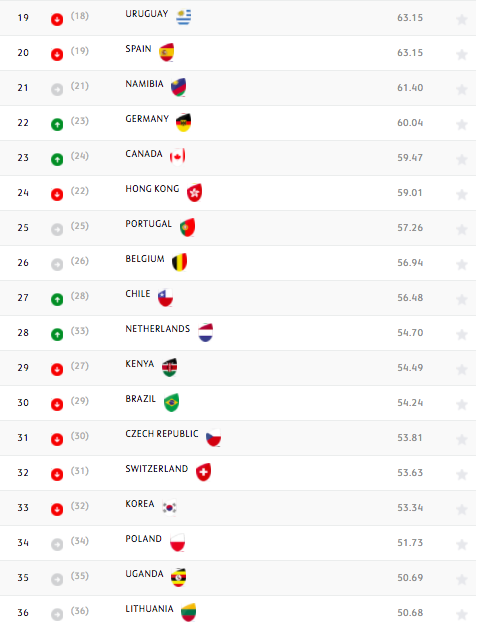 LIST: The FOUR big Premiership signings who will flop