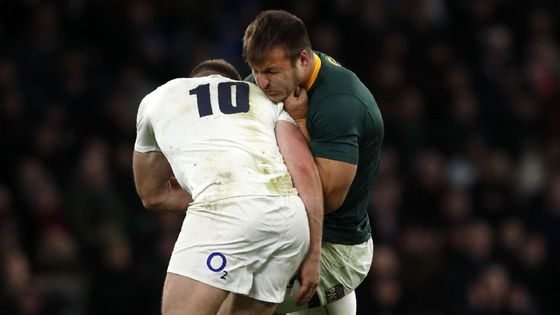 Owen Farrell is free to direct England’s challenge against New Zealand after escaping any disciplinary action for his controversial tackle against South Africa.

World Rugby has confirmed there is no citing arising from the 12-11 victory at Twickenham on Saturday.

Farrell stopped Andre Esterhuizen with a shoulder-led tackle to the chest without wrapping an arm around the Springboks centre, but referee Angus Gardner declined to award a kickable penalty.

Citing commissioner Keith Brown had until 24 hours after the final whistle to trigger disciplinary action, but decided the tackle did not meet the threshold of being a red-card offence.