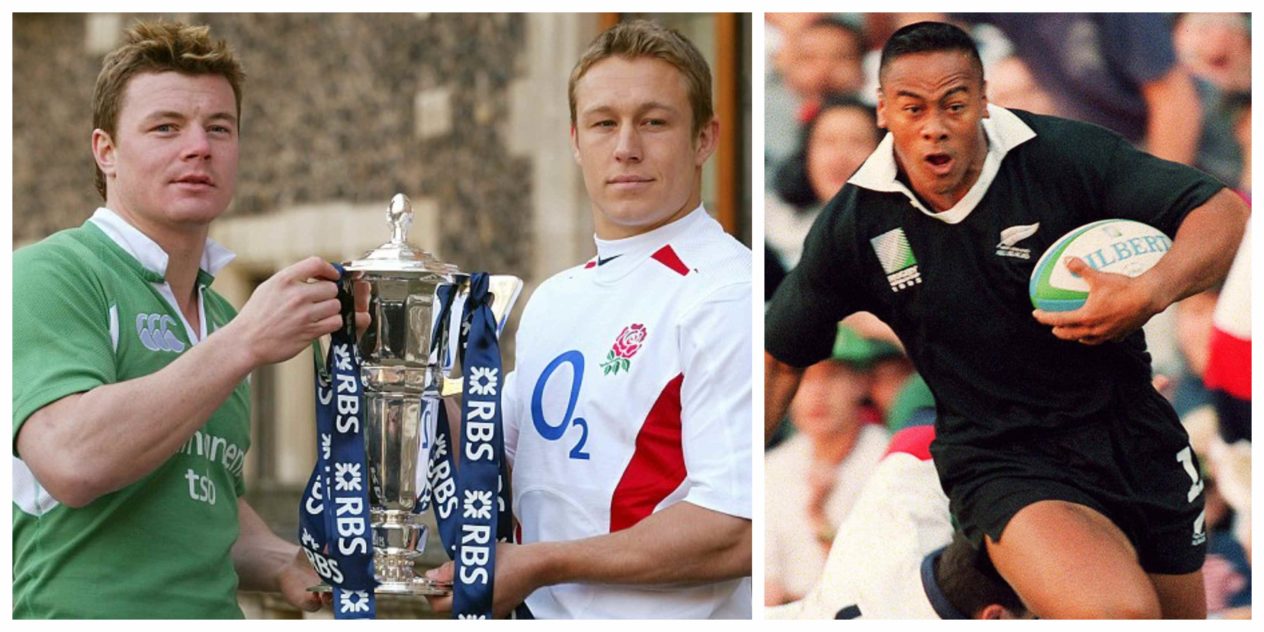 World’s greatest ever XV: The best ever rugby team in pictures

REVEALED: The greatest XV in the history of rugby… and there’s no room for Carter, O’Connell and Parisse.

Blanco was a threat from everywhere on the field and often took risks that we very rarely see nowadays. In total, he won 93 caps for France during his 11-year international career between 1980 and 1991, which was a record when he retired.

He also scored an imposing 233 points and is a true legend of the sport.

Did you know: Images of Blanco’s on-field heroics can always be viewed ironically alongside images of him strutting along the touchline nursing a cigarette.

The New Zealander remains the joint all-time top try scorer at the Rugby World Cup along with Bryan Habana, crossing the whitewash on 15 different occasions across the 1995 and 1999 tournaments.

Originally of Tongan descent, it was Lomu who made it glamorous to be a big, bruising winger, even though his stature could have easily seen him fill in at centre or somewhere in the pack.

Much like the Juggernaut of the Marvel Universe, there wasn’t much that could stop Lomu once he’d gotten into a stride.

Did you know: In September 2009, Lomu took part in an amateur bodybuilding contest, finishing second in two categories

The former Ireland and British and Irish Lions Skipper Brian O’Driscoll was one of the most consistent performers in the world for over a decade.

The Dublin-born is also the highest all-time Irish record try scorer with an incredible 46 scores, and also led his country more times than any other player.

Did you know: O’Driscoll was chosen as Player of the Tournament in the 2006, 2007 and 2009 RBS Six Nations Championships.