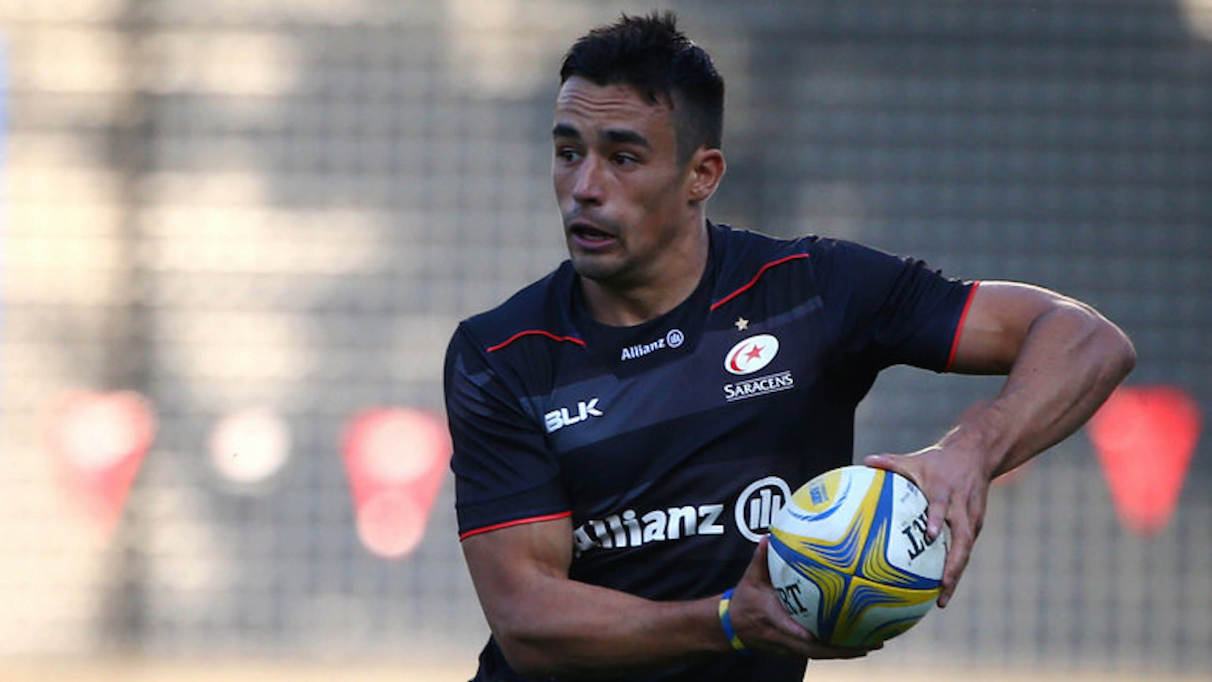 Saracens are reportedly planning more talks with England back Alex Lozowski in a bid to keep him at Allianz Park when his contract expires in the summer.

The Rugby Paper reported on Sunday that Lozowski, who was an integral part of England’s successful summer tour in Argentina, rejected their initial contract offer after being disappointed with the pay rise offered..

A source from Saracens told On The Blindside: “It’s still up in the air at the moment. He has told his teammates he wants to stay but terms haven’t yet been agreed.

The news that he turned down this initial offer has put a number of clubs on alert with Guardian reporting that Exeter Chiefs are closing in on the young fly-half in a deal believed to be worth £350,000 a year.

His former club Wasps have also been linked with the playmaker while Sale Sharks are still in the market for a fly-half.

Lozowski left Wasps in 2016 largely because of Cipriani’s arrival and he made an immediate impression at Allianz Park, promptly earning his first England call-up in September last year.

He went on to make 21 Premiership appearances for Saracens last term, standing in when Farrell was injured or on international duty, or occasionally filling in at inside-centre.

He also appeared in all nine of Saracens’ European Champions Cup matches but started just two as Farrell was largely preferred during their successful title defence.