George Ford and Jack Nowell have been recalled to England’s starting XV for the second Test against Australia in Melbourne on Saturday.

Ford returns at fly-half, pushing Owen Farrell to inside centre, while Nowell is reinstated on the wing in place of Marland Yarde.

Luther Burrell, who lasted just 29 minutes of the 39-28 win in the first Test on Saturday, drops out of the 23-man squad altogether.

“We’ve picked a 23 to get the job done,” England coach Eddie Jones said.

Jones has opted for a 6-2 split on the bench, with Jamie George, Jack Clifford and Elliot Daly named among the replacements.

“We weren’t satisfied with last weekend’s performance and we know there’s lots to improve on,” he said.

“We know the job isn’t done. We came here to win a Test series and that’s what we intend to do.”

Meanwhile, the Wallabies have made four changes to their pack for the second Test, including a first start on home soil for Rebels back row forward Sean McMahon, who replaces the injured David Pocock at No 8.

How can I watch it?

Sky Sports 1 will be showing all the live action from 10.30am. Alternatively, you can watch highlights of the game on Sky Sports 2 at 8.10pm. 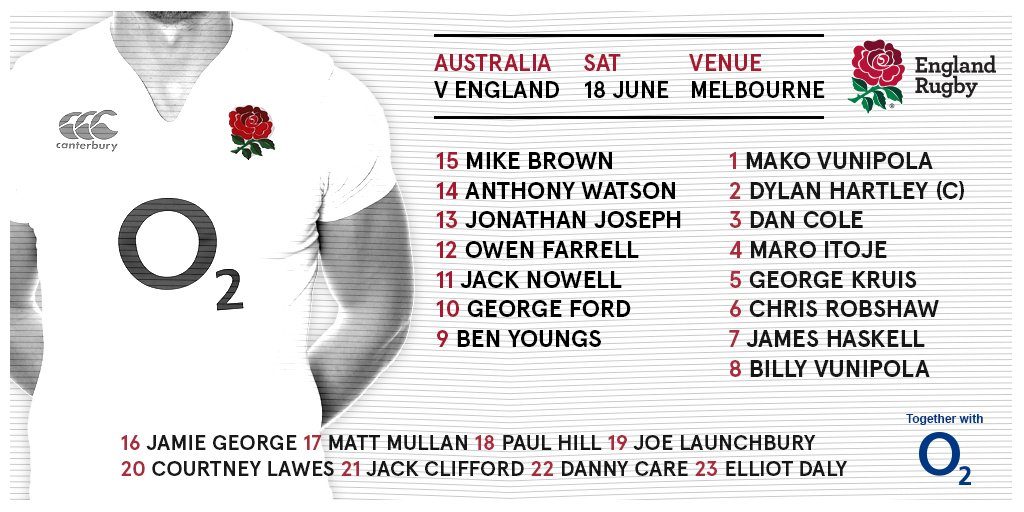