Eddie Jones appears ready to put Billy Vunipola straight back into England’s starting team for Saturday’s Calcutta Cup match against Scotland at Twickenham with Jonathan Joseph also in line for a recall.

Vunipola and Joseph, along with scrum-half Ben Youngs and wing Jack Nowell, who also appear in line to return to Jones’s XV, were listed on the whiteboard in what seemed to be England’s planned starting lineup to play Scotland. 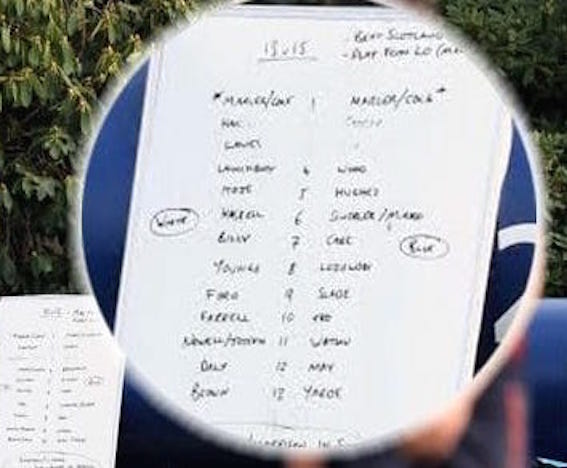 The whiteboard features lineups for two training matches, one of 13 v 15 players, the other of 10 v 12.

On both occasions the strongest side wore white bibs which has previously been an indicator of England’s starting XV so on face value it would appear to reveal Jones’s plans.

The picture was taken during a training session at their Bagshot base on Tuesday.