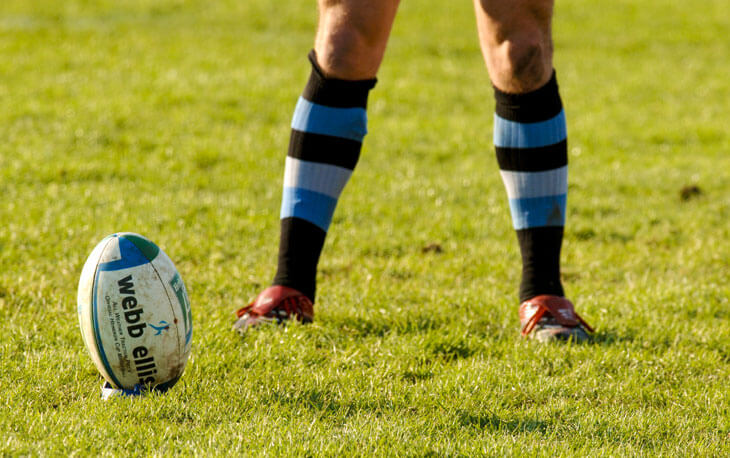 RUCK takes a comparative look at the 2003 World Cup winning England team to see how the class of 2015 measure up heading into this tournament.

Man for man. Position for position. The first teams from the 2003 World Cup winning squad are pitted against their modern days counterparts, with RUCK presiding over proceedings as judge and jury. We conclude this series by examining the wings and full-backs, and the score is tight at 7-5 to the old boys.

There simply are not enough superlatives in existence to describe the sheer brilliance of Jason Robinson. Whether deployed on the left wing, right wing, or at full-back, it really didn’t matter, as the super speedster covered every blade of grass. Undoubtedly the fastest man in world rugby in his heyday, Robinson gave the impression that he could traverse water on foot, without even breaking a sweat. He was also one of the greatest steppers to ever grace the game, and time after time he would tear through the opposition with ease. Scoring the only try of the 2003 final, Robinson’ brief England career appeared to pass in a flash, just like the great man himself

Jonny May has the potential to be the Jason Robinson of his generation. The Gloucester glider too possesses a deceptively devilish turn of pace and the acceleration of a formula one car. His long legs give chasing defenders a big target from which to chop him down, but the 25 year old is canny and has the ability to skip through tackles. The 25-year-old has five tries in 16 caps and is sure to add to that tally in this World Cup.

Whilst May has bags of potential, he is still far from the finished article and often suffers from inconsistency. Robinson was a world class professional athlete, and wins this race hands down.

Big Ben Cohen had a fantastic try scoring record for England, touching down 31 times in 57 caps. That places him joint second in the all time try scoring standings for England, behind only Rory Underwood and level with Will Greenwood. Cohen also scored almost 400 points in a club career spanning Northampton Saints, Brive, and Sale Sharks. Not only was he a big scorer down the wing, but his size allowed him to provide some excellent cover in defence.

Anthony Watson is a naturally gifted winger in the same mold physically as Cohen, although at nearly two stone lighter, he is more fleet of foot. A revelation for Bath this season, Watson has impressed with tries for his country during England’s World Cup warmups. He already has five tries from just 11 caps and has all the tools to make a serious assault on Cohen’s try record.

This is another incredibly close encounter, and Cohen is rightly regarded as one of the greatest wingers to ever play for England. However, the prospect of a side with Robinson on one wing and Watson on the other is too tempting to pass up.

One of the truly stand out performers in England’s successful quest for the Webb Ellis trophy in 2003, Josh Lewsey had an intensity and never say die attitude. Capable of making impactful runs from deep and smuggle the ball out of danger, Lewsey was a truly great ball carrier that could turn from defence to attack in the blink of an eye. He scored an impressive 21 tries for his nation to place him seventh on the all time list, and he could always be relied upon to come up with the goods.

Mike Brown is a consummate professional that rarely puts a foot wrong. Undoubtedly one of the best full-backs in world rugby at present, the loyal Harlequin has so many assests to his game. One of his stand-out features is his leap and fantastic catching ability under a high ball. He is good at both winning and maintaining possession, and is also an excellent finisher who just loves to get over the try line.

This was probably the tightest call in the whole series, but Josh Lewsey steals it by a hair.

Well, that wraps up our comparison of the 2003 winners with the 2015 hopefuls. The results are in, and the winning team is…the old boys, by 9-6. It was close, and now we reveal the complete lineup of the 15 winning players.

Some lineup eh? Agree? Disagree? Sound off in the comments below.