Here’s how fans, players and press reacted to the squad:

When you find out Cipriani doesn’t make the England squad, but Ashton and Te’o do based on form. #glawsfamily pic.twitter.com/6Pe7w2Deb9

Hadnt even twigged that Dan Cole has been dropped. Surely with the injuries in the front row his experience and stability would be needed?

Not a surprise there is no Danny Cipriani in the England squad. A ridiculous decision from Eddie Jones but not one that wasn’t expected.

“So, Eddie, what is it that you don’t like about Exeter back-rows?”

And what is this co captains nonsense? A team like a ship has one captain.

No Cipriani, no Goode, no Attwood

Not the squad I’d have picked, but the squad everyone expected Eddie Jones to pickhttps://t.co/zmrKob2VqI 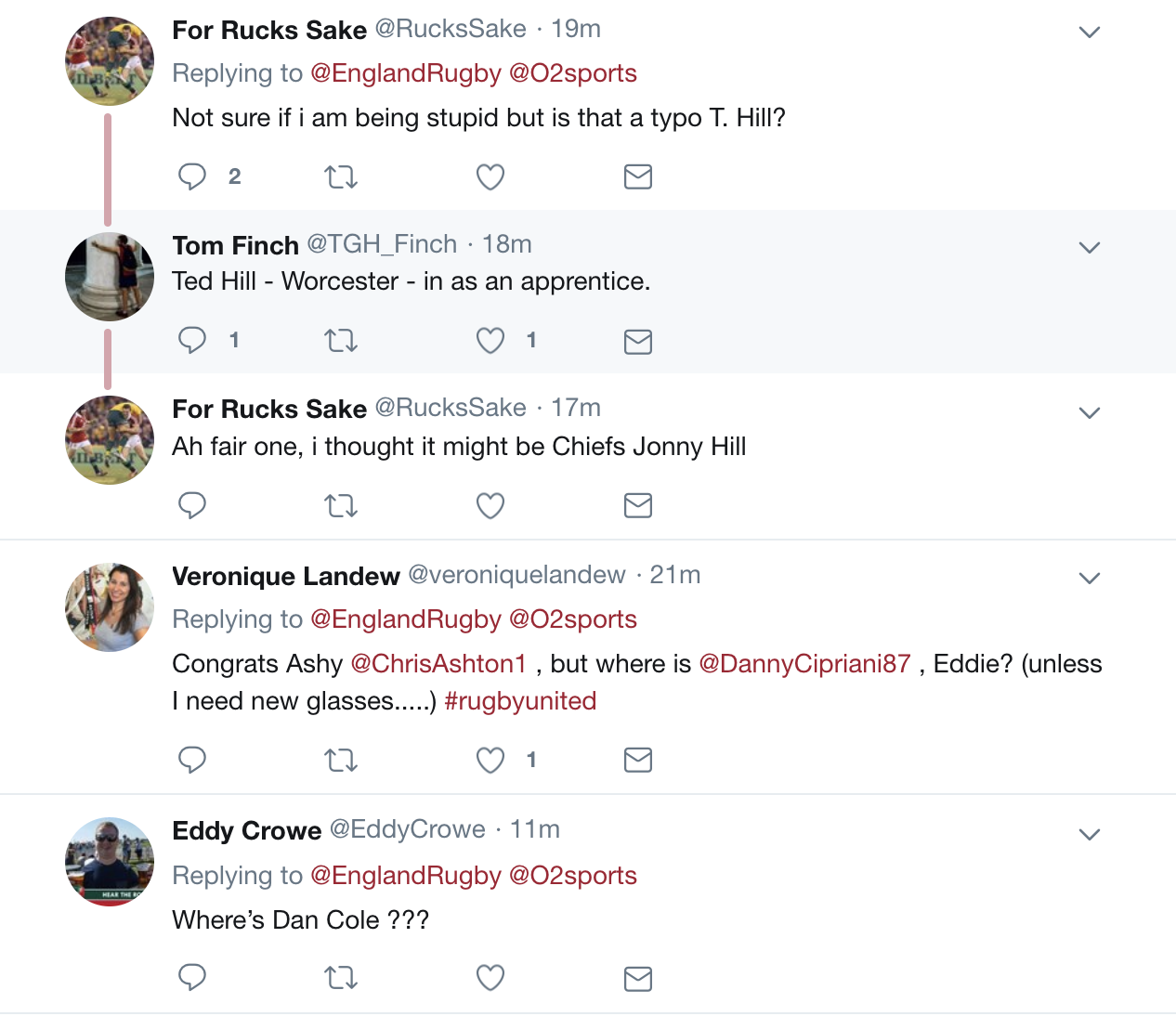 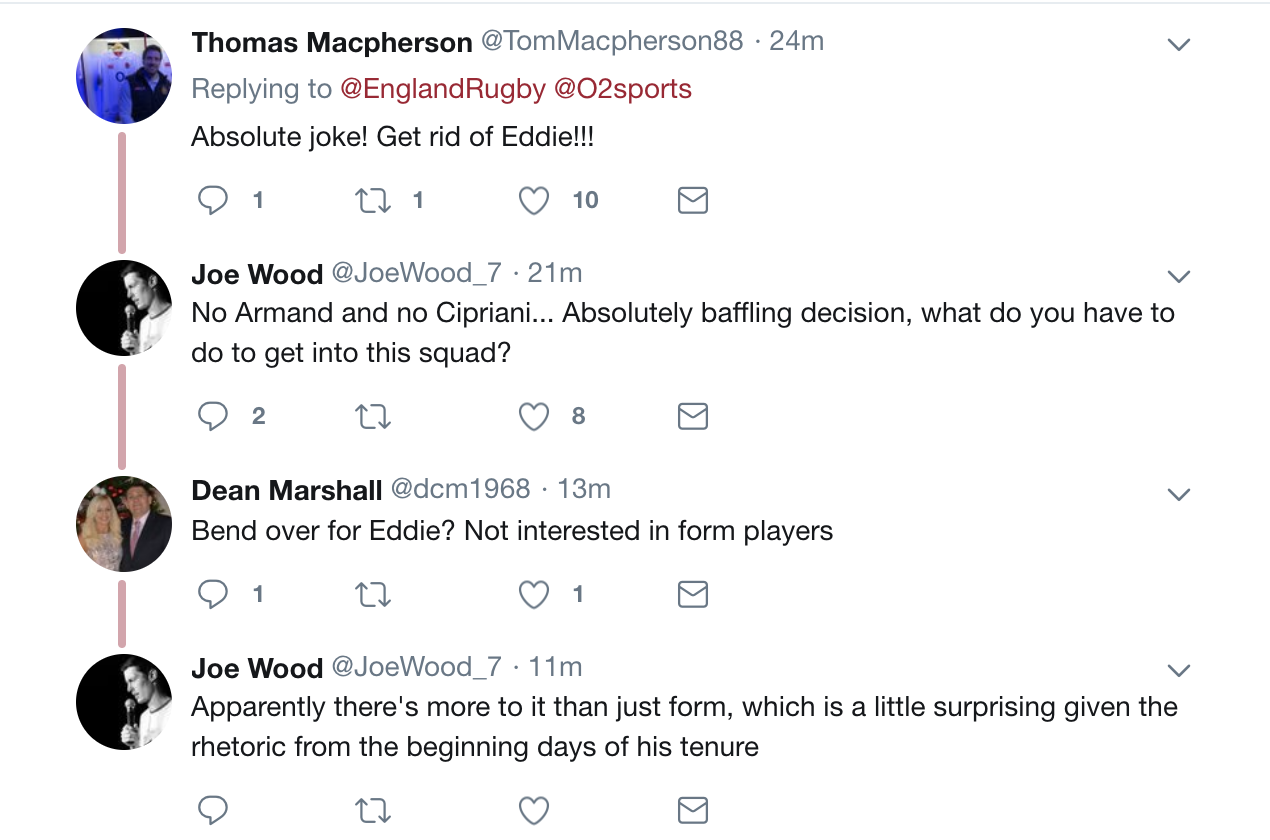 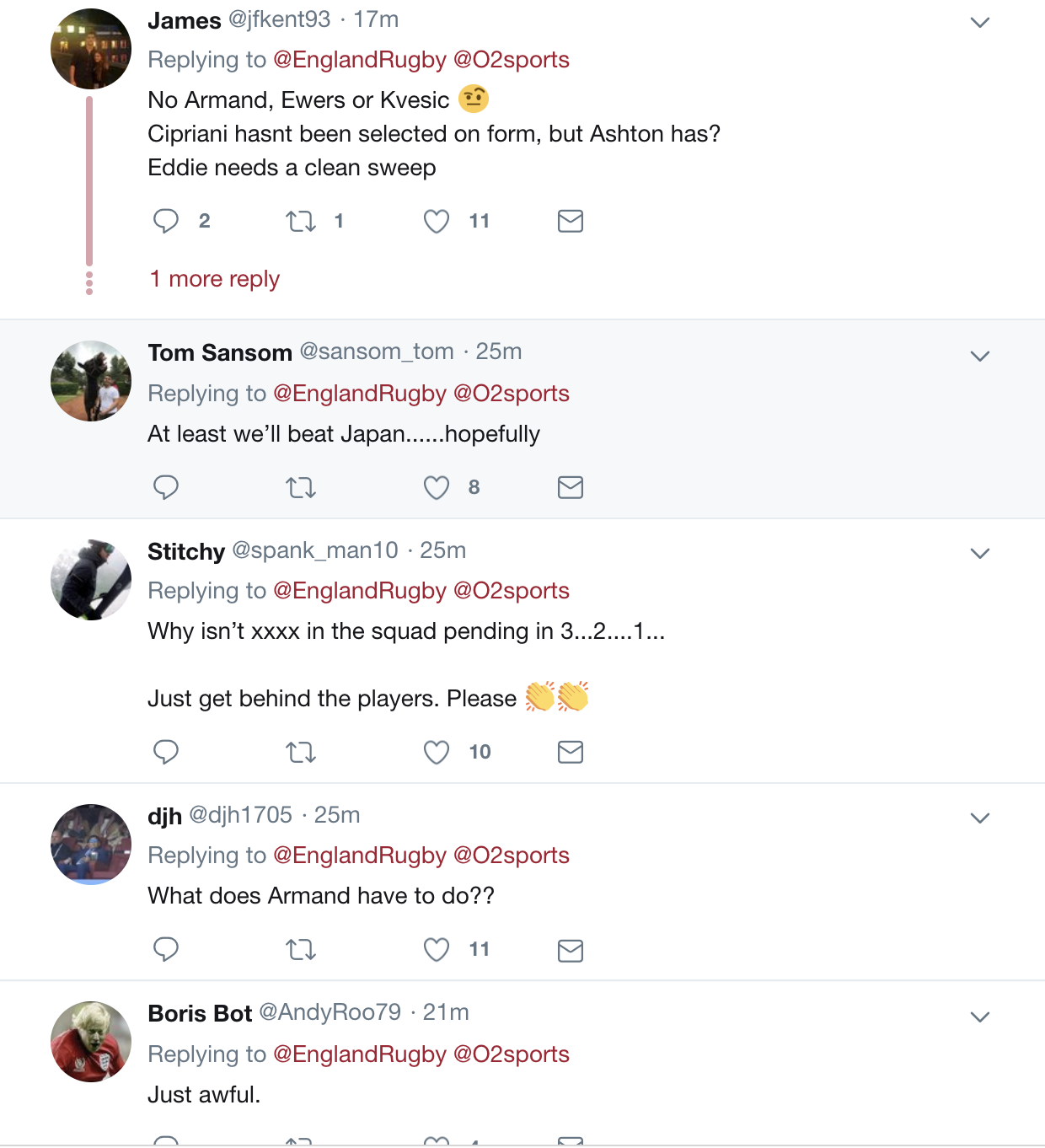