Home > Rugby News > Gallagher Premiership pre-season results – how did your team get on tonight? 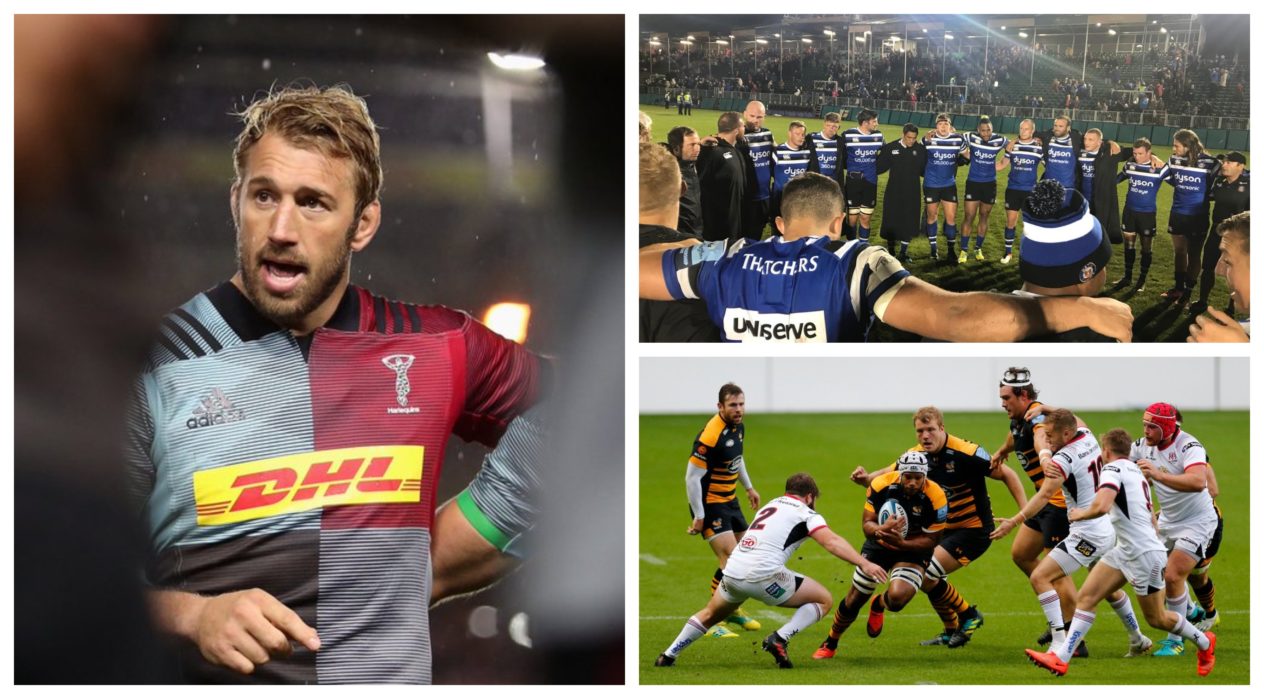 Gallagher Premiership pre-season results – how did your team get on tonight?

There were eight Premiership sides in friendly action this evening with six picking up victories ahead of next weekend’s season kick off.

The FULL TIME whistle is blown at Welford Road and there’s plenty of reasons to smile after that win! #LEIvLIR 🐯☘️ pic.twitter.com/o5BIdevdsH

Leicester Tigers rounded off their pre-season programme with a win over London Irish at Welford Road. Tigers claimed five first-half scores to lead 29-3 at the break with newcomers David Denton and Will Spencer among the scorers. Another two tries followed after the break, though Tigers also had to get through work in defence, particularly against the Irish forward pack.

What a way to finish pre-season. Thank you for braving the rain at the Rec and see you next week at Ashton Gate. Ready @BristolBears 🐻? pic.twitter.com/uEM7UaIhO8

Seven months on from their stunning European victory, an off-colour Scarlets endured a far more sobering visit to The Rec. Todd Blackadder’s side scored tries courtesy of Henry Thomas, wing Jack Wilson, lock Dave Attwood, a brace from Joe Cokanasiga, scrum half Chris Cook and Levi Davis. But the Scarlets did score two tries of their own through outside half Rhys Patchell and tighthead prop Werner Kruger.

Two tries apiece here at @ashtongatestad in an attritional battle, but it’s the visitors who edge it. #BRIvCON

Harry Randall scored a second-half brace as Bristol Bears kicked off their pre-season double-header with a four-try victory over Nottingham at their Clifton RFC training base. The scrum-half scored twice in ten minutes, rounding off sharp counter attacks to touch down, after Tusi Pisi and Tom Pincus had crossed earlier in proceedings.