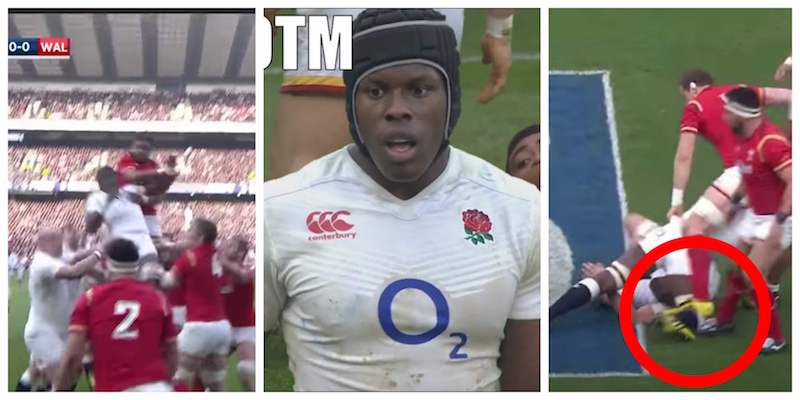 The game where Maro Itoje was simply unstoppable back in 2016

Before the 2016 Six Nations started, Eddie Jones described Itoje as a Vauxhall Viva of a player.

When the media pushed for a group interview with Itoje a fortnight or so ago, Jones explained that he wanted the player to “earn his stripes” first.

After the whistle against, even Jones upgraded his appraisal. “He’s a BMW now.” Itoje was named man of the match.

Whether you either love him or hate him, it’s impossible to deny that England lock Maro Itoje has a certain skill of getting under the skin of opposition players and fans.

Itoje taunts Glasgow as he joins in disallowed try celebrations.