Hartpury College captain Sebastian Negri hailed victory over Loughborough University as the best day of his rugby career as his side became the inaugural BUCS Super Rugby league champions.

In a mouth-watering winner-takes-all clash, the hosts prevailed 17-12 in an enthralling round-14 battle thanks to tries in each half from Harry Randall and Alex Craig at their own Sports Academy.

But more significantly than bragging rights came the chance to lift the league champions’ trophy for Negri and his charges – presented by former Scotland international Hugo Southwell.

That proved the stuff of dreams for the Italian No.8, though potentially bigger prizes now await with the upcoming BUCS Rugby Union Championship, with Hartpury College just two wins away from a potential grand finale at Twickenham on March 30.

“It’s the proudest moment I’ve had so far, up there as the best in my rugby career, especially in the three years I’ve had at Hartpury,” said Negri, recently on the radar of Italy head coach Conor O’Shea.

“I couldn’t be happier for the lads, they’ve been working really hard on this journey and I couldn’t have asked for a better group of guys to be out there with.“

“The support we’ve had has been unbelievable and it’s a day I’ll never forget – BUCS Super Rugby has been a fantastic platform for people to grow their careers and we’re grateful for all the support.

“We’ll go and celebrate but we still want to go all the way – to play at such an iconic venue in Twickenham would mean the world to me so hopefully that’s another step in the right direction.”

“We’ll go and celebrate but we still want to go all the way – to play at such an iconic venue in Twickenham would mean the world to me so hopefully that’s another step in the right direction.”

Having previously been split into north and south leagues, this season saw the top eight rugby-playing universities combined into one competition, the new BUCS Super Rugby.

But the competition is far from over, as those institutes get ready to face the best performing North A and South A sides in the 12-team BUCS Rugby Union Championship, with the final being held at rugby HQ.

And with an objective of unearthing new talent across universities, former Wasps captain and Scotland back Southwell believes new skills have undoubtedly come to the fore.

“The BUCS Super Rugby league has been an outstanding initiative for university rugby, it’s shown off this year’s best eight in the country and Hartpury have done excellently to come out on top of that,” he said.

“One of the aims of BUCS was to pull in the talent that perhaps is away from the eye of scouts and coaches and this is a massive starting point for those players, bridging the gap between school and professional rugby. 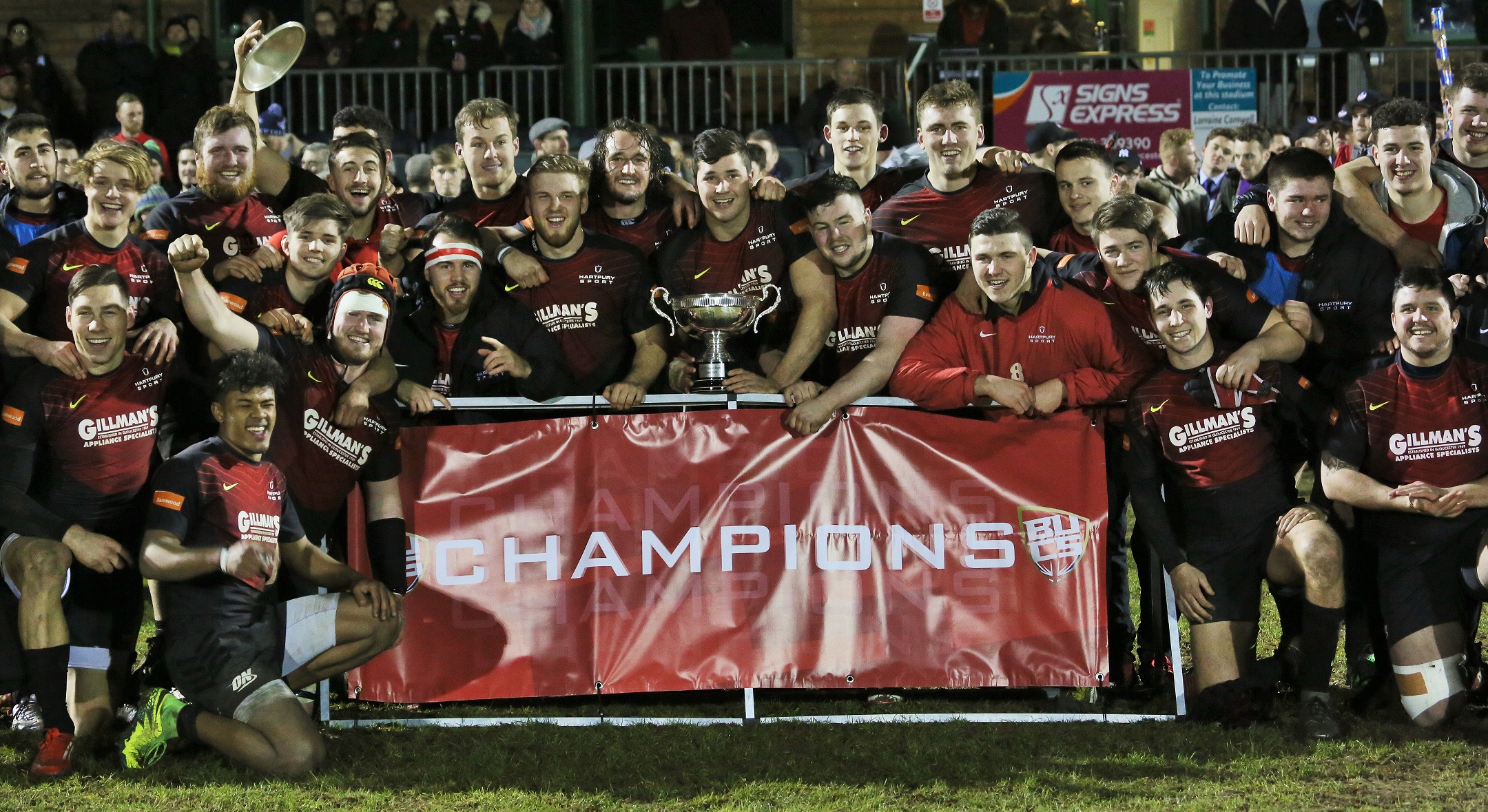 “This league is now a platform to success for some of these guys, and with the quality I’ve seen from Hartpury and Loughborough there are certainly some players who could go and reach those aims.

“We’ve now got the BUCS Rugby Union Championship where lots of teams will want to lay down a marker and show they deserve to be in the league, and with the prize of a game at Twickenham there is something extra on the line.”

BUCS Super Rugby is a new national league, bringing together the eight best men’s university rugby teams in the country. The league is run by British Universities & Colleges Sport (BUCS) and powered by Rugby Vertical.

In Pictures: The greatest rugby XV of all-time picked by fans