James Haskell is known for his banter on social media but he may have been outdone by former All Black centre and back-to-back Rugby World Cup winner Ma’a Nonu.

The pair remain good friends after their time together in Japan, where both played for the Ricoh Black Rams in 2011.

Haskell was joking about how far he was off the test team during the British & Irish Lions tour and Nonu responded brilliantly. 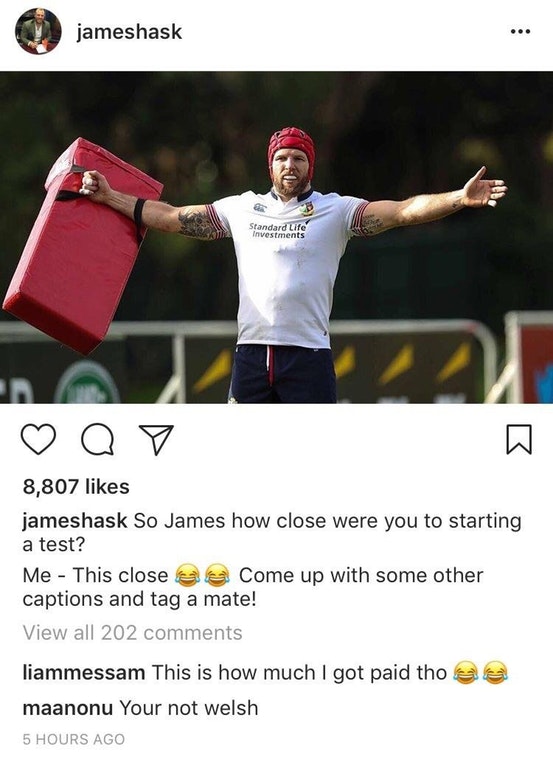