Wales have leapfrogged South Africa in the World Rugby Rankings after Ryan Elias’ late try in Washington DC on Saturday gave them a 22-20 victory.

Their third consecutive win over the Springboks was worth 1.05 rating points – enough to lift them above the Springboks and Scotland into fifth place, their highest ranking since February last year.

South Africa, who fielded seven debutants in an experimental starting line-up, drop one place to seventh. 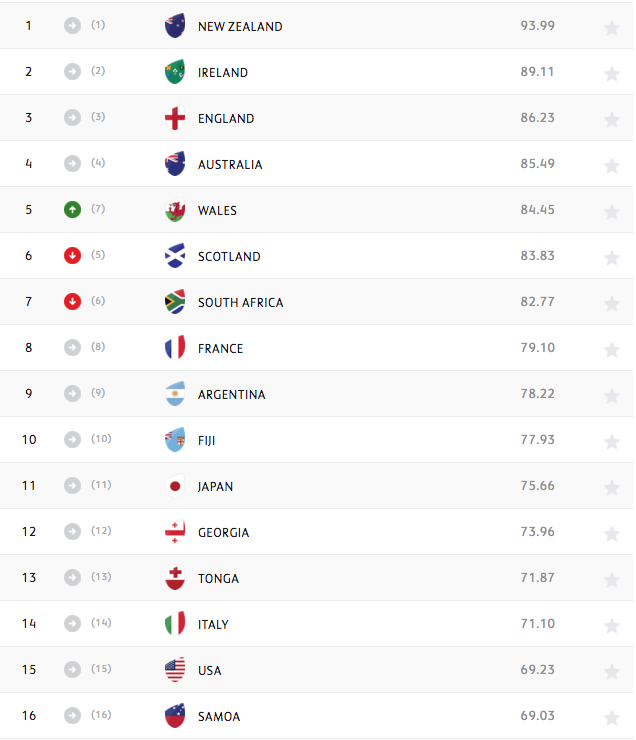