Wales have improved their World Rugby Ranking by one place and moved up to sixth, following their 34-7 bonus-point win over Scotland in the opening game of this year’s NatWest 6 Nations in Cardiff on Saturday.

The bonus-point victory – their first since the competition adopted the bonus points system last year – was worth 1.35 rating points, improving Wales’ overall points tally to 83.43, just under four tenths less than South Africa, who take Scotland’s place in fifth.

Scotland drops to seventh after the defeat. 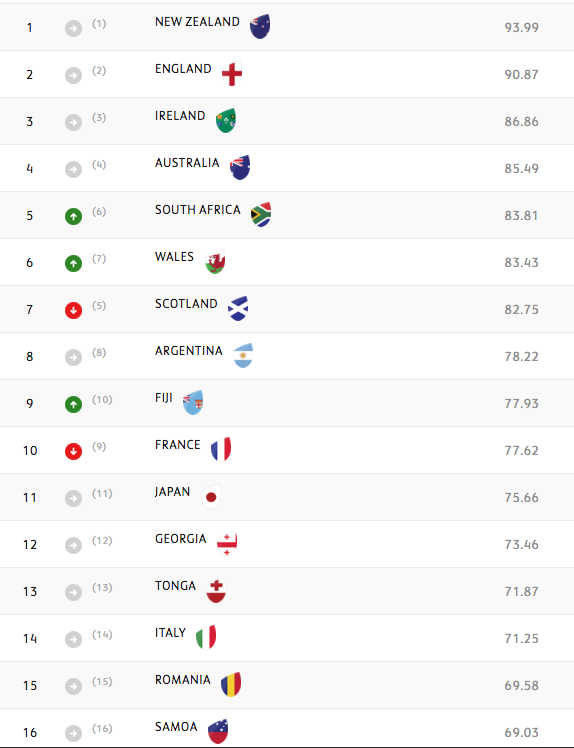 Strongest ever England stars: Who holds the gym records?