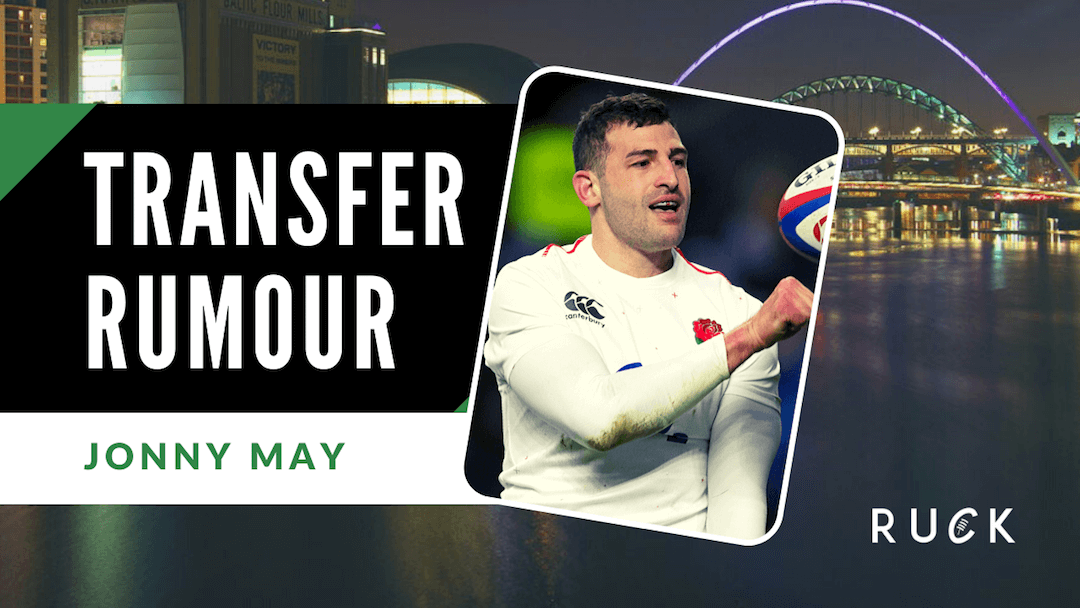 Jonny May to be handed Premiership lifeline, avoiding pay-cut

The Leicester Tigers ace was told he’d have to accept a pay-cut to remain at Welford Road, but a new club are lining up a move for the England flier.

According to The Times, Jonny May would be forced into taking a £100,000-a-year decrease.

May was linked with a move to Saracens earlier this season, but that move fell apart after their salary cap, which led to the club being relegated, hit in the autumn.

Jonny May could have to accept a pay cut if he is to remain at Leicester next season.

Four England players are out of contract in the summer and Tigers want to keep George Ford, Ben Youngs and Ellis Genge, reports @AlexMLowe https://t.co/wSUgmip8Wk

Since then, Harlequins and his former club Gloucester have been rumoured to be interested in the 53-cap England flier.

However, a new club has now, according to RUCK sources entered the race to sign the 29-year-old.

Newcastle Director of Rugby Dean Richards has reportedly made contact with May to see if he’d be interested in a move to Kingston Park.

It is understood May earns £325,000 a season and the Falcons would be willing to match that, offering a two-year deal.

The North East club, who lost Vereniki Goneva to Harlequins when they were relegated in 2019, are looking to bring in a high-profile player for their impending Premiership return.

It’s thought that May is open to the idea of packing up and moving north, but would prefer to stay in the Midlands, so is still exploring his options and is in no rush to make a decision.