There was a point where I nearly didn’t go to the 2011 World Cup at all. My new job as the RFU’s professional rugby director still hadn’t been signed off and, as my existing responsibilities did not cover the England team, I was tempted to stick two fingers up to the union and watch the World Cup from the safety of my lounge on the basis that if things went pear-shaped, I would be well out of it. 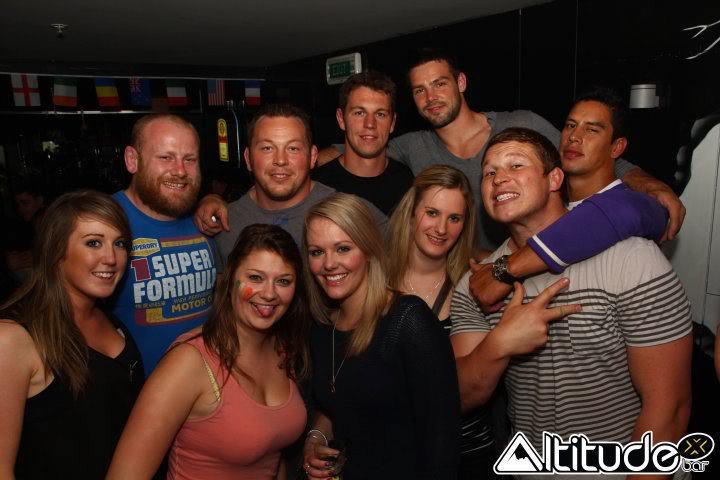 As news was already beginning to emerge about certain England players winding down from the narrow victory over Argentina in the opening game by going ‘on the lash’ in Queenstown – and making complete fools of themselves in a late-night bar – there did not appear to be much of an ‘if’ about it. All the same, I listened to my better angel and made the trip to New Zealand.

There was a point where I nearly didn’t go to the 2011 World Cup at all. My new job as the RFU’s professional rugby director still hadn’t been signed off and, as my existing responsibilities did not cover the England team, I was tempted to stick two fingers up to the union and watch the World Cup from the safety of my lounge on the basis that if things went pear-shaped, I would be well out of it.

As news was already beginning to emerge about certain England players winding down from the narrow victory over Argentina in the opening game by going ‘on the lash’ in Queenstown – and making complete fools of themselves in a late-night bar – there did not appear to be much of an ‘if’ about it. All the same, I listened to my better angel and made the trip to New Zealand.

By the time I arrived, the team were back in Dunedin ahead of the pool fixture with Georgia. The first thing I saw on entering the hotel was Martin Johnson and Tom Stokes, the team operations manager, in earnest conversation in a corner of the lobby. It was one of those ‘Oh Christ, what’s gone wrong?’ moments: a sixth sense told me that this was not good.

“We have a problem,” Tom said as I approached, dragging my bags behind me.

“There’s a story about to break about a hotel maid claiming she’s been trapped in a room and harassed by some of our players.”

I think I knew there and then that this would be the World Cup from hell, that I would spend the next month of my life fire-fighting for all I was worth.

On reflection, this should not have come as any great surprise. There had been an undercurrent of trouble even before the party left England and, not for the first time in the recent history of the national team, it concerned money.

The players informed the union that they were dissatisfied with the financial arrangements in place for the World Cup. I considered this to be outrageous behaviour on their part, not because I was against players pushing for improved terms and conditions – heaven knows, I’d done the same myself on more than one occasion – but because the figures had been agreed as part of a four-year deal between the RFU, the players’ union and the members of the England squad. It was all there in the contract, in black and white: match payments, bonuses, you name it.

I’d been involved in the original negotiations, as had the players’ association boss Damian Hopley, and as far as I was concerned, it was binding. The players saw things differently and they tried to hold the union to ransom. When we held a World Cup departure dinner at Twickenham, they more or less refused to get off the team bus. It was totally unnecessary, utterly irresponsible and entirely without foundation.

Johnno was furious. Some of the senior figures in the England party had been led by Martin, had played alongside him in some of the greatest victories in the country’s rugby history, yet they were prepared to let him down. He deserved their respect and received the opposite. How some of them can look him in the eye today, I have no idea.

The fallout from the Queenstown incident was toxic in the extreme, largely because Mike Tindall was one of the principal protagonists. Mike was a senior player, a World Cup winner and team leader. What was more, he had just married Zara Phillips, the Queen’s granddaughter, and was therefore an obvious target for chancers with camera phones seeking to make easy money from the tabloid press.

After the tournament, he was dropped from the England set-up and heavily fined for a breach of the Elite Player Squad code of conduct. Mike was not best pleased with this outcome and accused the union of scapegoating him, but in truth, his behaviour had not been within driving distance of acceptable.

The whole tenor of the campaign was shockingly bad and, deep down, I think it really hurt Martin. I spent plenty of time meeting with players and agents and legal representatives; I had more overnight discussions with the RFU legal department back home than I care to remember. But it was far worse for Johnno, who saw it as his job to front up in public and was reluctant to let anyone else share the load. He seemed to be on his knees by the time we were knocked out of the tournament: a giant of a bloke, laid low by people he thought he could trust.

The peculiar thing was that a route to the final had opened up for us, just as it had in 2007. France in the last eight? Wales or Ireland in the last four? Here was a chance to pull something from the flames. But while French blood had been frozen in the veins before kick-off in our previous two World Cup knock-out meetings, it ran hot on quarter-final night in Auckland. We could not hold them in the first half, during which they built up a 16-point lead, and while we scored a couple of tries after the interval, there would be no way back. Disappointing? Of course. Was I sorry it was over? Probably not.

After defeat by the French on the Saturday night, the management decided to have one final dinner together early on the Sunday evening, and duly gathered at a restaurant in the city’s harbour area.

The events are etched upon my mind. I’m sitting opposite Johnno, who has Tom Stokes sitting next to him. After a couple of beers and a mouthful of food, Tom’s phone starts ringing.

Looking directly across at our thoroughly beleaguered manager, I can see Johnno’s face has turned the colour of a bottle of milk. ‘That was Floody,’ says Tom, referring to Toby Flood, whose form in the England midfield had been one of the few saving graces of the trip. ‘Um . . . Manu has . . .um . . . been fished out of Auckland Harbour. It seems he jumped off a ferry intending to swim into shore and he’s been nicked. Everyone’s all right, but we need to get a QC to sort him out.’

I’m flabbergasted, well and truly. I simply cannot process the ‘what, how, why, where, when’ aspects of this story, although it soon transpired that the players had sailed across the bay to Waiheke Island to enjoy a few drinks – why not end the trip as they had started it? – and events had unfolded from there. Manu had stated his intention to hop over the side on the way out, on the grounds that this was a traditional form of disembarkation in his native Samoa. It was not the brightest of ideas, given that he was on a bloody great ferry rather than a small fishing boat, and one or two players talked him out of it. On the way back, however, there was no stopping him. It was a case of, ‘You’re not doing it, Manu . . . Jeez, where’s he gone?’

It was the final ignominy.

I felt incredibly sorry for Martin, who could have ruled with an iron fist but chose not to because of the deep level of trust he had in the players. How could he have predicted that they would let him down so badly, have betrayed him so completely?

On his return to England, he spent a fair amount of time thinking through his options. By mid-November, we said to him: ‘Which way do you want to play it, Johnno? Do you want to make a call yourself, or would you prefer to knock it back into our court?’ In the end, it was his choice to walk away.

If I felt a sadness about Martin Johnson’s departure, I felt very differently about Martyn Thomas’s, the RFU chairman. All I felt – and still feel – in his regard is anger. I felt he was woefully inadequate. We had our problems and disagreements as individuals, many of them profound, but my criticism goes way beyond the confines of a mere personality clash: it has far more to do with governance and standards and behaviour. Under his leadership, Twickenham was reduced to dust. We had become a laughing stock. It was time to get serious.

“They’d score a lot of tries” – Who would make a dream Team GB rugby sevens lineup for Tokyo 2020?

Sam Warburton names his revised back-row to dominate the Springboks