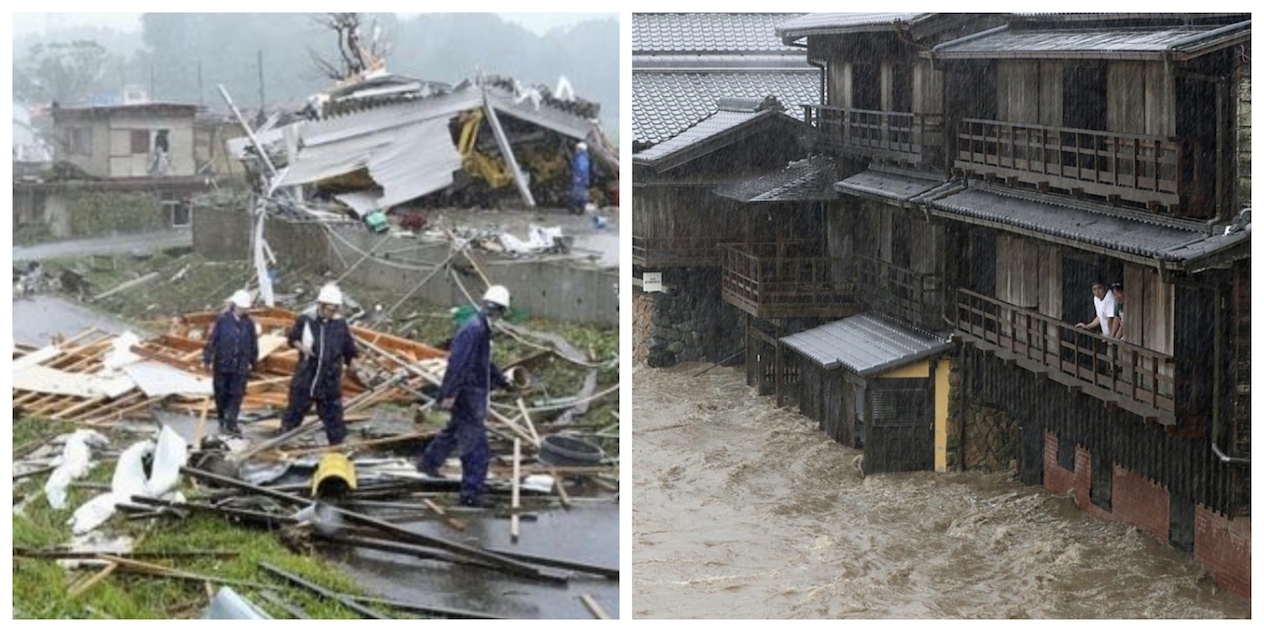 Millions told to evacuate as typhoon rages through Japan

Flights are cancelled and train services suspended as the country braces for the heaviest rain and winds seen in 60 years.

Torrential rain and tornado-like winds are lashing large parts of Japan, as the country endures what could be its worst storm for 60 years.

Japan’s currently being ravaged by its worst storm in 60yrs incl a deadly typhoon & now an earthquake – and some people are still moaning about a few games of rugby being cancelled. Get a grip, please. Good luck to everyone in the eye of the storm. pic.twitter.com/XTukDTfG1m


Typhoon #Hagibis made a direct hit on Tokyo, together with landslides, floods and an earthquake
-Most powerful storm for 60+ years
-Millions evacuating
-500mm of rain to fall on Tokyo in 24 hours, 700mm fell on Hakone in 48 hours
-Follows Typhoon Faxai which damaged 30,000 homes pic.twitter.com/OisyV811vp

An earthquake measuring 5.3, according to the US Geological Survey, shook the areas which had been drenched by rainfall. The earthquake was in the ocean off Chiba, near Tokyo.

The eye of Typhoon Hagibis made landfall on Japan’s main island shortly before 19:00 local time (10:00 GMT), in Izu Peninsula, south-west of Tokyo.

One man was killed in Chiba, east of Tokyo, when his car overturned, and at least 60 people have been injured.