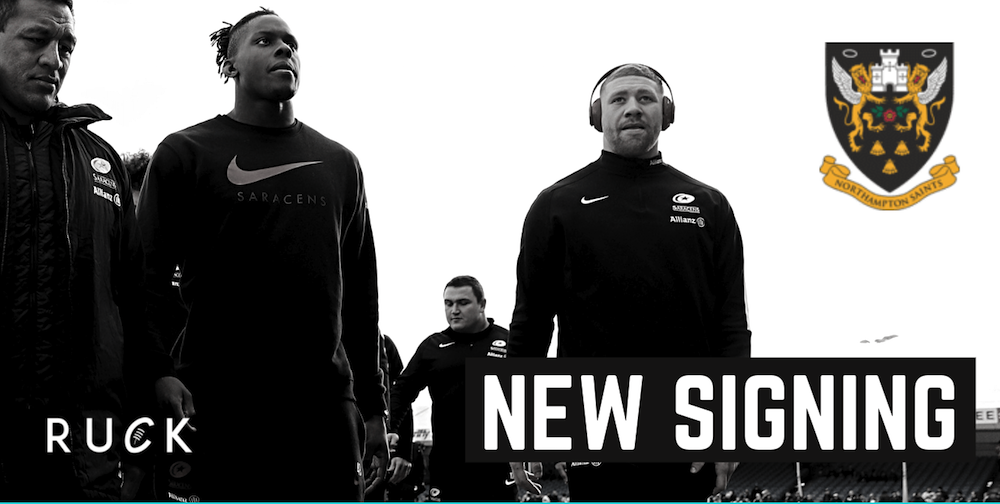 Northampton confirm the signing of England and Saracens star

It’s been confirmed that England and Saracens lock Nick Isiekwe is joining Northampton Saints on a year-long loan for the 2020/21 campaign.

An official club announcement on the Isiekwe signing is expected early on Thursday morning.

The lock made his Saracens debut aged 18 and a mere year later was earning his first international cap for England.

Prior to that, he plied his trade at Old Albanian before joining the Sarries Academy and represented his country from Under-16 to Under-20 level.

Trialling many positions in that time, Isiekwe was tried at prop, centre, back row and lock – his height dictating the latter would be the preferred outcome.

The Hemel Hempstead-born forward’s breakthrough season for the Men in Black came in 2017/18 after making his international debut on England’s tour of Argentina. His consistent performances led to a starting role in the Premiership final against Exeter Chiefs which ended victorious.

Isiekwe has already featured over 50 times for his boyhood club, but will leave this summer following their relegation.

These five have shown enough ability or promise to suggest they may be future England stars in waiting.

Foreign-born stars, such as Nathan Hughes and the Vunipola brothers, have already shown how integral they can be for the Red Rose after making the step up to International rugby.

Here are five players who could pull on the white jersey in the future:

His Dad Johan Ackermann, who departed as Gloucester boss for Japan earlier this month, confirmed that his son will be staying with the Cherry & Whites to persue international honours, and has already been in contact with Eddie Jones. The imposing number eight qualify for England on residency grounds in August 2020 — just four months before World Rugby’s new eligibility laws kick in.