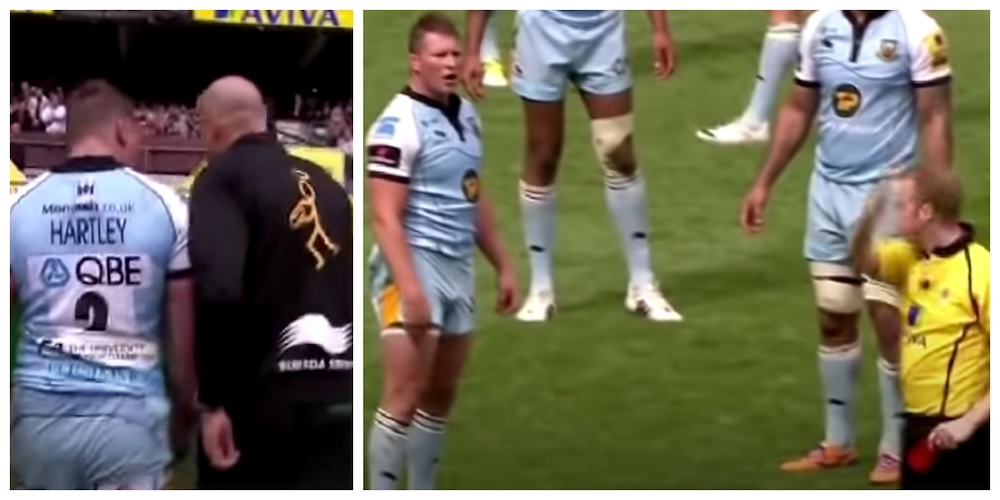 Heading into the 2013 Premiership final against resurgent Leicester, Dylan Hartley’s bags were already packed for the British and Irish Lions of Australia. What could possibly go wrong?

Despite earlier warnings, Hartley issued a volley of abuse – he always maintained it was not directed at referee Wayne Barnes, but Barnes saw otherwise, and issued him a red card. Leicester went on to win 37-17.

While Hartley headed home, rather than to Hong Kong, and was subsequently issued an 11-week ban and found guilty of calling referee Wayne Barnes a ‘****ing cheat’

Swearing at referee’s, involving himself in scraps and eye gouging accusations have all led to Dylan Hartley becoming one of the most vilified rugby players of the modern era.

Snarling, punchy and prone to reading extracts from Henry V in the dressing room, Moore represented everything opposition fans loved to hate about that England team from the mid-90s.