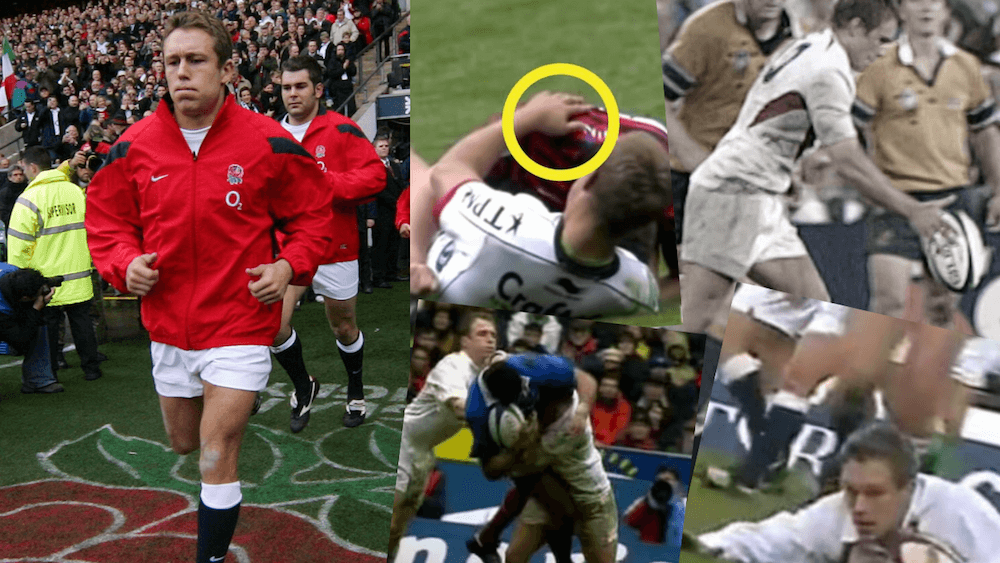 England legend Jonny Wilkinson was the best player in the world for some time, and he arguably could be the greatest ever.

When he won England the Rugby World Cup by slotting a drop-goal on his weaker right foot. Legend.

2. Cruising through the All Blacks

This try was AWESOME.

3. His man of the match display against Ireland

The playmaker was at the peak of his powers.

4. The hardest tackle ever

Brian O’Driscoll later revealed he couldn’t walk for two weeks after this HUGE hit from Wilkinson.

5. When he dominated Owen Farrell

Toulon won 24-12 at Twickenham in 2013, booking their place in the final of the Champions Cup. Wilkinson was a clear winner in the battle of the boot, as he kicked seven penalties and an excellent drop-goal to get the better of young Owen Farrell.

Throwback to this incredible team talk Wilkinson gave to his Toulon teammates, speaking in both French and English.

8. His kicking in general

Watch footage of his unique routine alongside the great man’s own description of what it’s like to kick.

Being one of the most popular players on the globe is likely to generate an incredible fan-base globally, but we are fairly confident that there are some aspects of Jonny Wilkinson’s life and career you are not familiar with.

Wilkinson’s brother, Mark, was also a Newcastle player who made 16 appearances in the Premiership for the side between 2002 and 2005, predominantly as a centre. His father, Phil, was a rugby player and cricketer, and his mother, Philippa, played squash at county level.  His grandfather, Phil, also played football for Norwich.

“Berkshire, with my wife, Shelley, and our toddler. We’re fortunate to live in a lovely house in a great area surrounded by nice people, but we’re leaning towards moving somewhere more rural as we both love the outdoors, nature and space. We enjoy going for long walks. Windsor Great Park is a joy.”