Legendary All Black captain Richie McCaw has broken into the Wattbike 1k Top 10 – but he’s just under a second behind the time of England legend Austin Healey! 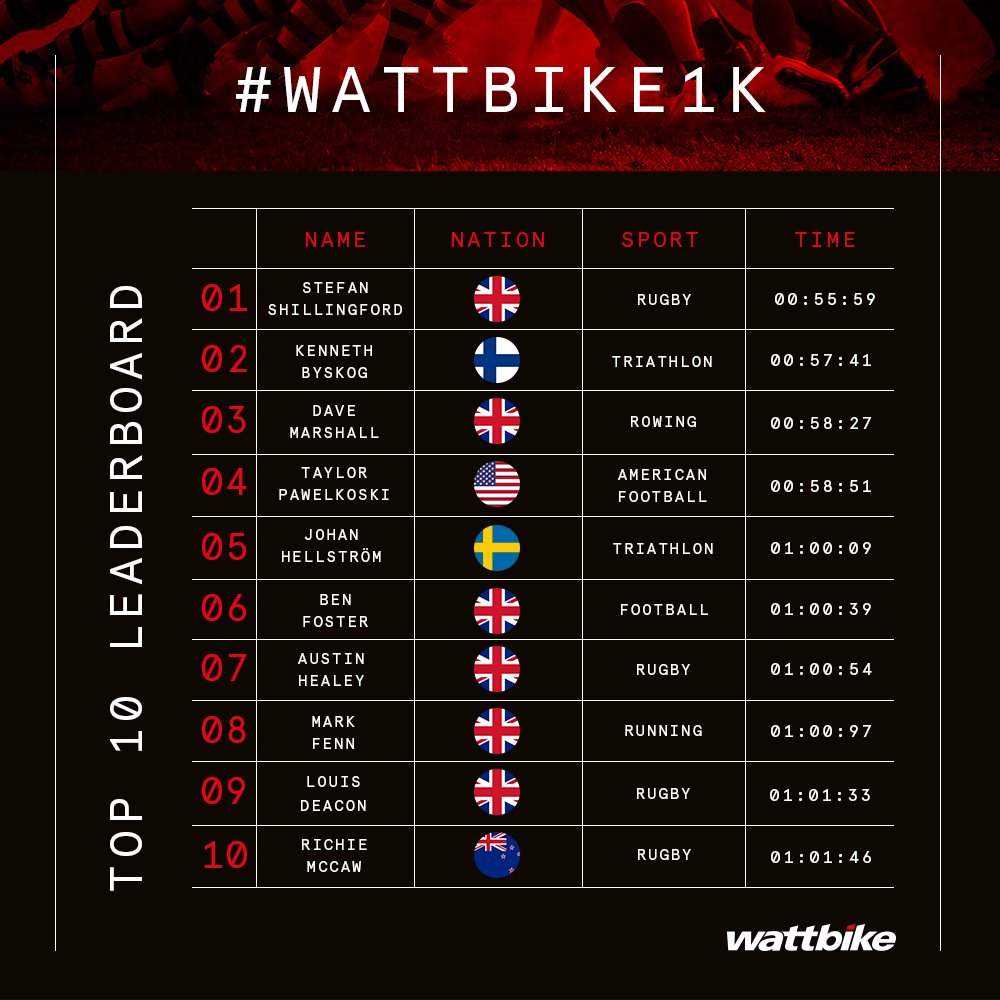 Now a whole host of rugby’s best want to try and break into the top 10, including England back-rower Billy Vunipola.

Give me till end of month.

I would be around the 2 mins and looking like this

Of course!! Easily go sub 1min in me