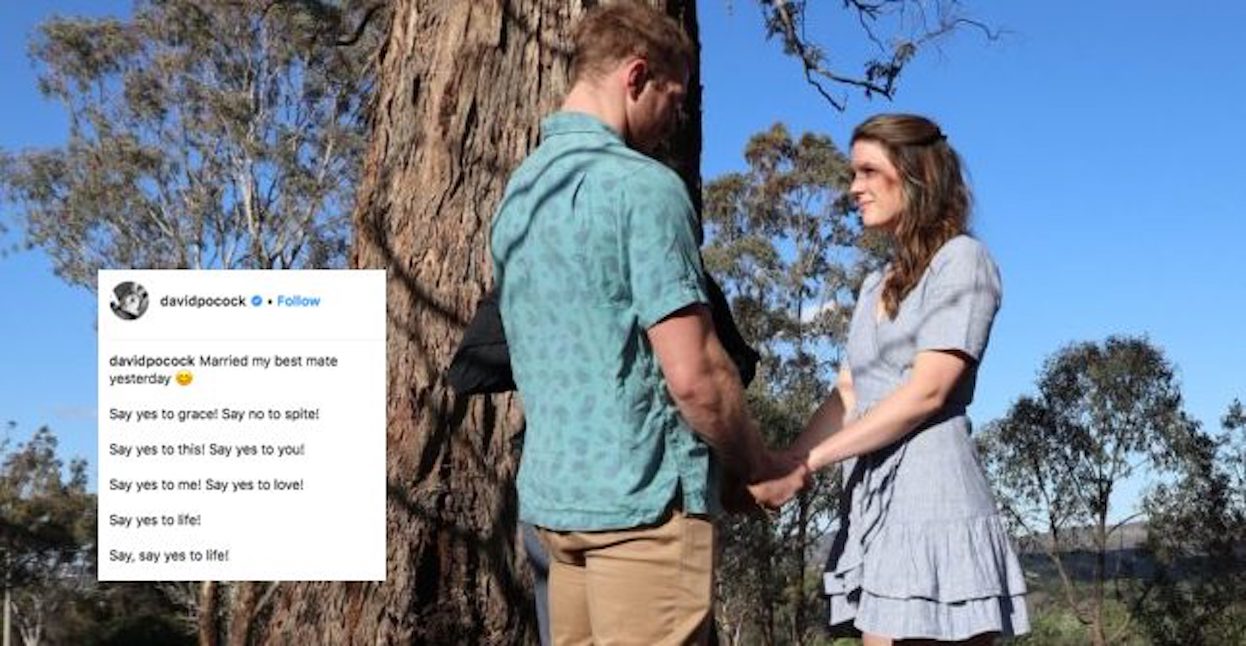 Australian rugby union star David Pocock has finally married his long-time girlfriend, eight years after the pair took a vow to not wed until gay couples were allowed to do so.

He said in 2010 that he would not legally marry his long-term partner Emma Palandri until all couples in the country were able to marry.

Same-sex marriage was finally legalised in Australia in 2017 after a public postal vote, paving the way for Pocock’s wedding to finally go ahead this week—eight years later than planned.

“Emma and I decided not to get legally married until our gay friends could do the same.” – David Pocock in 2010

The pair held a small private dress-down ceremony on December 2, as they finally tied the knot and submitted the paperwork to marry.

Married my best mate yesterday 😊 Say yes to grace! Say no to spite! Say yes to this! Say yes to you! Say yes to me! Say yes to love! Say yes to life! Say, say yes to life! I hope we can live into the words of Rilke: “The point of marriage is not to create a quick commonality by tearing down all boundaries; on the contrary, a good marriage is one in which each partner appoints the other to be the guardian of his solitude, and thus they show each other the greatest possible trust. A merging of two people is an impossibility, and where it seems to exist, it is a hemming-in, a mutual consent that robs one party or both parties of their fullest freedom and development. But once the realization is accepted that even between the closest people infinite distances exist, a marvelous living side-by-side can grow up for them, if they succeed in loving the expanse between them, which gives them the possibility of always seeing each other as a whole and before an immense sky.”