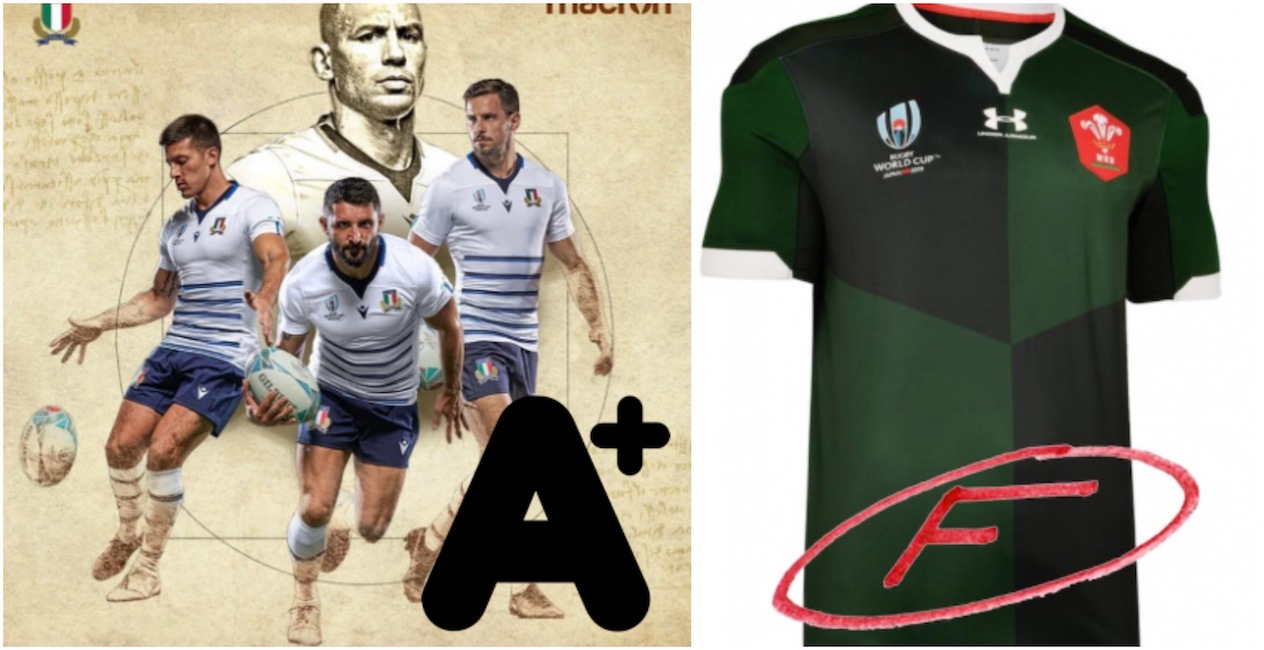 Rugby World Cup 2019 jerseys: All of the kits GRADED!

Several countries have unveiled their jerseys for the upcoming tournament in Japan, so we’ve donned our judge’s hat on to run the rule over them all…

With just three months to go until the big kick-off in Japan, it’s officially time to start getting excited about the ninth edition of the greatest show on earth.

Fear not, however, for RUCK is here to sort the delightful from the dire, with this list ranking all of the Rugby World Cup 2019 jerseys unveiled so far…

Home: A –  A wonderfully vintage-inspired jersey sporting the classic blue and white hoops.

Away: B – The alternate shirt on the other hand, is rather leftfield – with its mix of blue, gold and hot pink, it’s certainly eye-catching.

Home: B – Very nice without being particularly standout. Clean and classic.

Away: C – It brings the concept of an ‘Indigenous’ jersey to the World Cup, but looks a bit too like a South Africa jersey.

Home: A – Reminisces of England’s 2003 shirt. England have stuck to their roots with the traditional white with red trim for their home shirt.

Away: D – Looks like a training top. Actually, the training range is probably nicer. The English might be one of the tournament’s favourites, but this kit is getting dumped out in the pool stages.