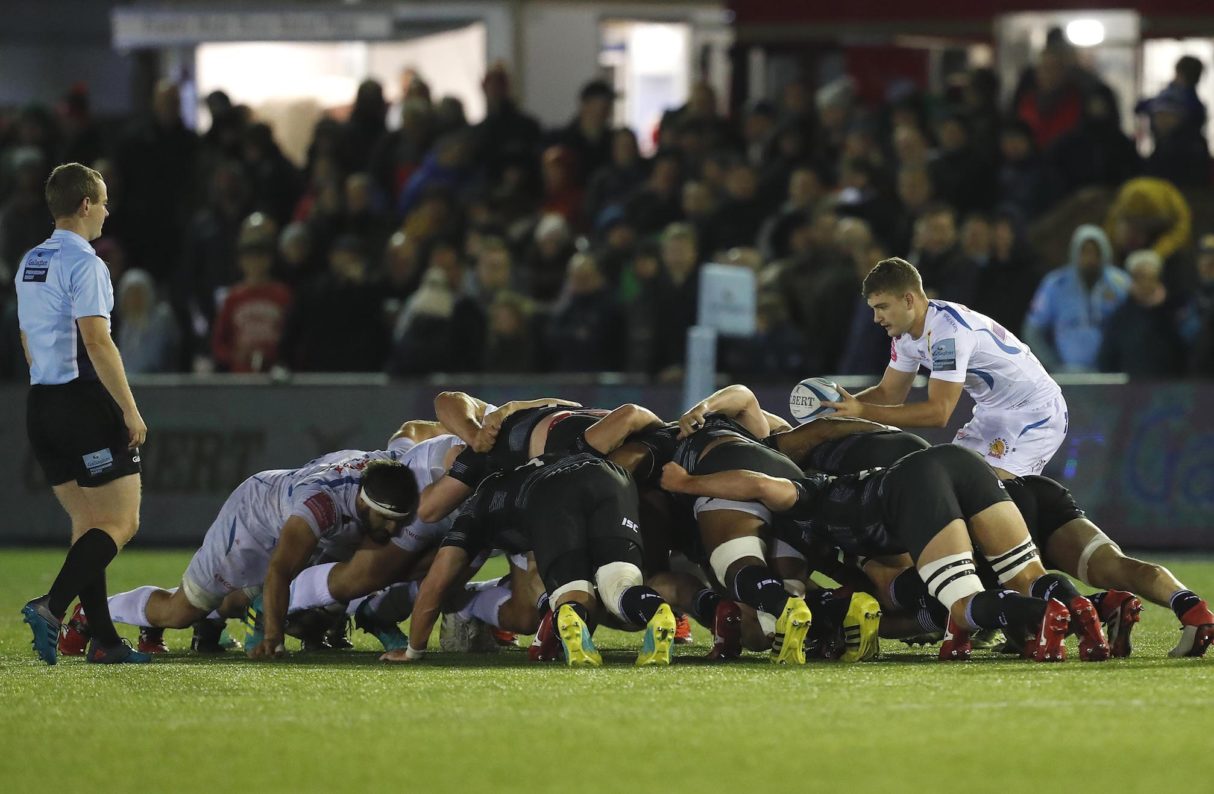 In the interests of player safety, World Rugby has banned ‘axial loading’, a process of concentrating scrum power on the opposing hooker instead of allowing it to be diffused along the length of the shoulder of players in the front row, which is seen as the axis of the scrum.

World Rugby stated last week that: “Following a detailed discussion on the risks associated to front-row players’ necks during the scrum engagement process, the Law Review Group (LRG) also supported a proposed amendment to Law 19 (Scrum) that, if approved, will outlaw the practice of front-rows placing their heads onto opposition players’ shoulders between the call of ‘bind’ and ‘set’.

“It has been shown that this practice has resulted in potentially dangerous levels of axial loading on front-rows’ cervical spines.

“Given this issue has significant potential welfare implications, it will be actioned immediately.”

The Law change is now to take place. The World Rugby protocol is as follows:

During the scrum cadence, a hooker will not be allowed to lean and “deload” the weight of the entire forwards onto the shoulder of the opposition hooker at the “BIND” call from the referee.
There must be a clear gap with longer binding if necessary.

While non-compliance will result in a FK on the first occasion, any further offending of this nature, will result in an upgrade to a penalty, which will apply for the rest of the match. The implications of further repeat offending also carry with it the sanction of a yellow card as is customary in our laws.”