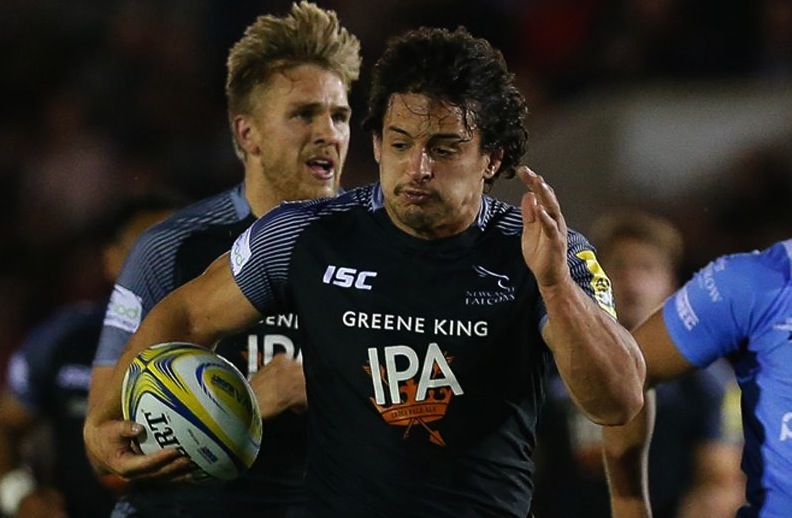 Newcastle Falcons centre Juan Pablo Socino will be leaving the club at the end of the current season to join Pro 14 side Edinburgh.

The 29-year-old Argentinean international joined the Falcons from Rotherham in 2014 and has made 87 appearances during his four seasons on Tyneside, 71 of them coming in the Aviva Premiership.

Capped by Argentina in 2015 and playing in the Rugby World Cup that year, Socino heads to Scotland with the thanks of everyone at the Falcons following his significant on-field contribution.

Director of rugby Dean Richards said: “Juan Pablo has given us great service during his four seasons with the club, and leaves with our thanks and best wishes.

“He has been a great professional who has really helped us advance as a team, and I am confident he will have a similar impact with Edinburgh during his time up there.

“We are blessed with a huge amount of talent and a number of top-quality options in the centres as we move forward for next season, our academy continues to produce a number of players for us in that area and in that scenario it is not always possible to retain everyone.

“We are confident in the exciting squad we are putting together for next season and beyond, but on the same note we fully appreciate everything Juan Pablo has contributed during his time in Newcastle.”