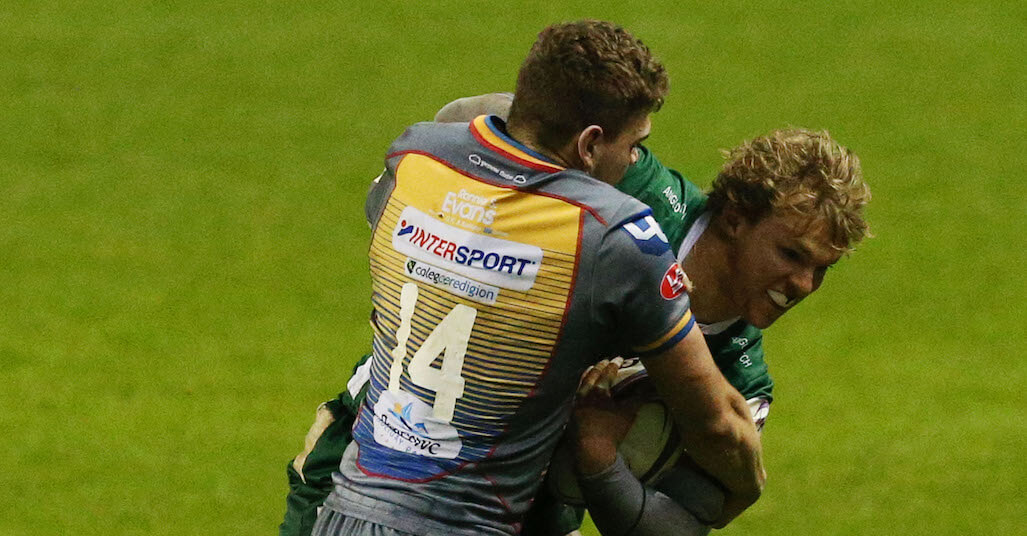 Rob Baxter’s recruitment drive for the 2020/21 season continues apace with the news today that he has added a fourth new arrival to Sandy Park.

Having already confirmed the signings of Scottish internationals Jonny Gray and Sam Hidalgo-Clyne, plus that of England Under-20s international Aaron Hinkley, the Chiefs Director of Rugby has added another great piece of business with the capture of Corey Baldwin from the Scarlets.

He is English-qualified having been born in Camberley, Surrey.

The highly-rated back has come through the Academy pathway with the Welsh region, making a try-scoring debut against the Dragons in the Anglo-Welsh Cup in 2016.

In the same season, Baldwin made his Welsh Under-20s debut, scoring against Scotland in the Six Nations Championship.

Equally adept at centre or on the wing, Baldwin – who was born in Camberley, Surrey – is seen as one of the brightest, emerging talents featuring in the Pro14 currently.

Understandably, Baxter is delighted to have secured the services of the 21-year-old.

“Corey’s one of those guys that, as soon as we knew he was on the market, both myself and Ali Hepher sat down and said this guy has something special,” said Baxter.

“He’s a guy with genuine raw pace, he’s a very good defender, and he’s got a number of attributes that we love down here at Exeter. He kick-chases flat out, makes contributions at the end of those chases, works very hard in defence, scrambles very well, and again someone we feel we can get even more out of moving forward.

“I think his preferred position is outside centre, but he’s played a fair bit on the wing for the Scarlets. We can see him being very good in either position and he’s a guy who is at the right age, already playing at a high level, and a player who we can see really thriving in our environment.”