Prop Salesi Ma’afu was handed a red card for punching Leicester’s Tom Youngs in the face. The Leicester hooker was also sent to the sin bin for his part in the fight.

Despite being floored by Ma’afu’s punch. Youngs didn’t hold a grudge though and after the game congratulated Ma’afu on his side’s victory. And the punch.

And Ma’afu replied rather brilliantly by saying he owed his opponent a drink. 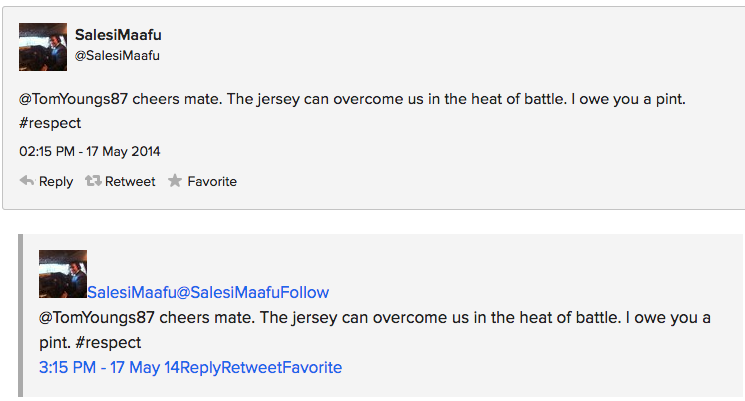