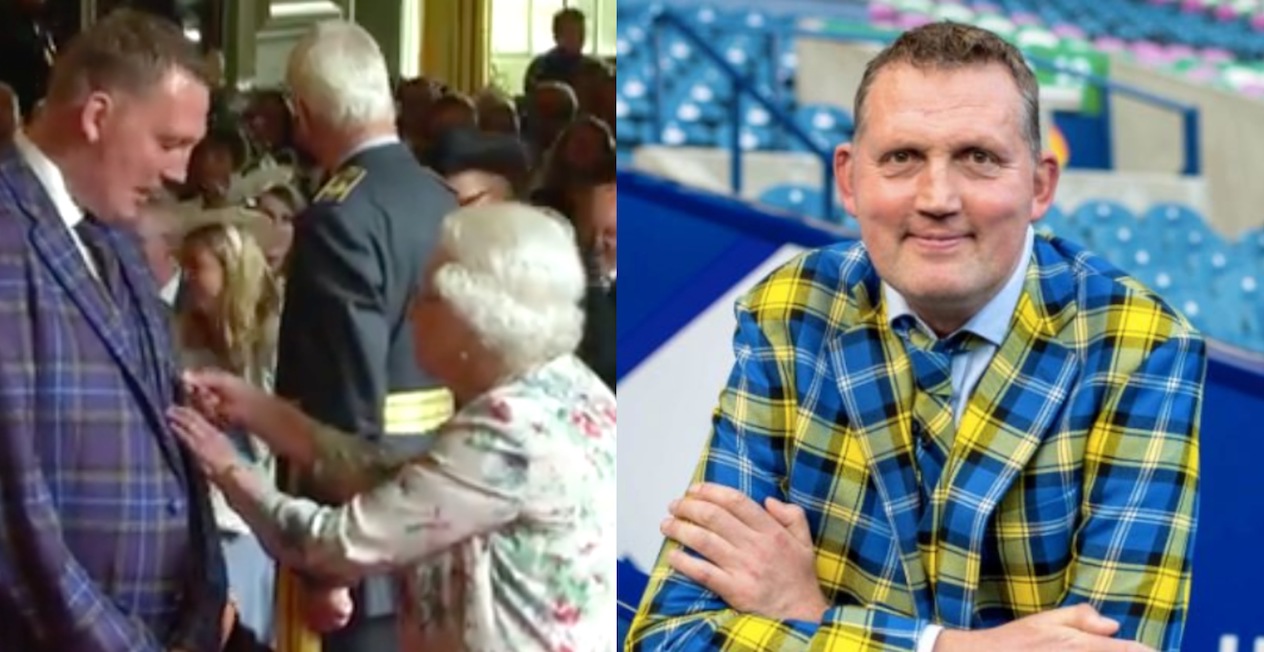 Former Scotland rugby international Doddie Weir has received his OBE from the Queen.

Weir, who revealed he has motor neurone disease (MND) in 2017, was honoured for services to rugby, MND research and the Borders community.

What a brilliant day being awarded my OBE by Her Majesty at the Palace of Holyroodhouse and spending it with Kathy, Hamish, Angus and Ben. Very proud and great to share such a wonderful event with them and thank you for all the messages and support @MNDoddie5 pic.twitter.com/pieybjN8TH

He set up the My Name’5 Doddie Foundation to raise funds for research and provide grants to help those affected by the disease.

It followed a successful playing career that saw him earn 61 caps for Scotland.

What a great honour to have the OBE bestowed upon me by Her Majesty at today’s investiture.

For those asking, this was a new suit especially built for today and features the Holyrood Diamond Jubilee Tartan. https://t.co/kBamyI6TvU