Tommy Seymour and DTH van der Merwe hat-tricks help Scotland and Canada climb the World Rugby Rankings, while New Zealand increased their lead at the top with a nail-biting win over England.

Only a disallowed England try near the end of a thoroughly compelling encounter against the All Blacks at Twickenham and a last-gasp score for the Springboks against France in Paris denied the Six Nations teams a clean sweep of wins on a weekend of many ups and downs, literally in the case of the World Rugby Rankings.

Canada and Germany were both rewarded for victories in the opening round of the Rugby World Cup 2019 repechage with improved rankings. Canada move up two places to 21st after DTH van der Merwe’s first test hat-trick inspired them to a 65-19 win over Kenya, while Germany picked up 2.22 points for beating Hong Kong 26-9 to climb three to 26th. Hong Kong drop to 24th as a result.

Ukraine, meanwhile, jump two places to 35th – above Czechia and Colombia – as a result of their 48-24 win over hosts Hungary in Rugby Europe’s Conference 1 North. The defeat sees Hungary fall two places to 66th with Jamaica and Luxembourg the beneficiaries. 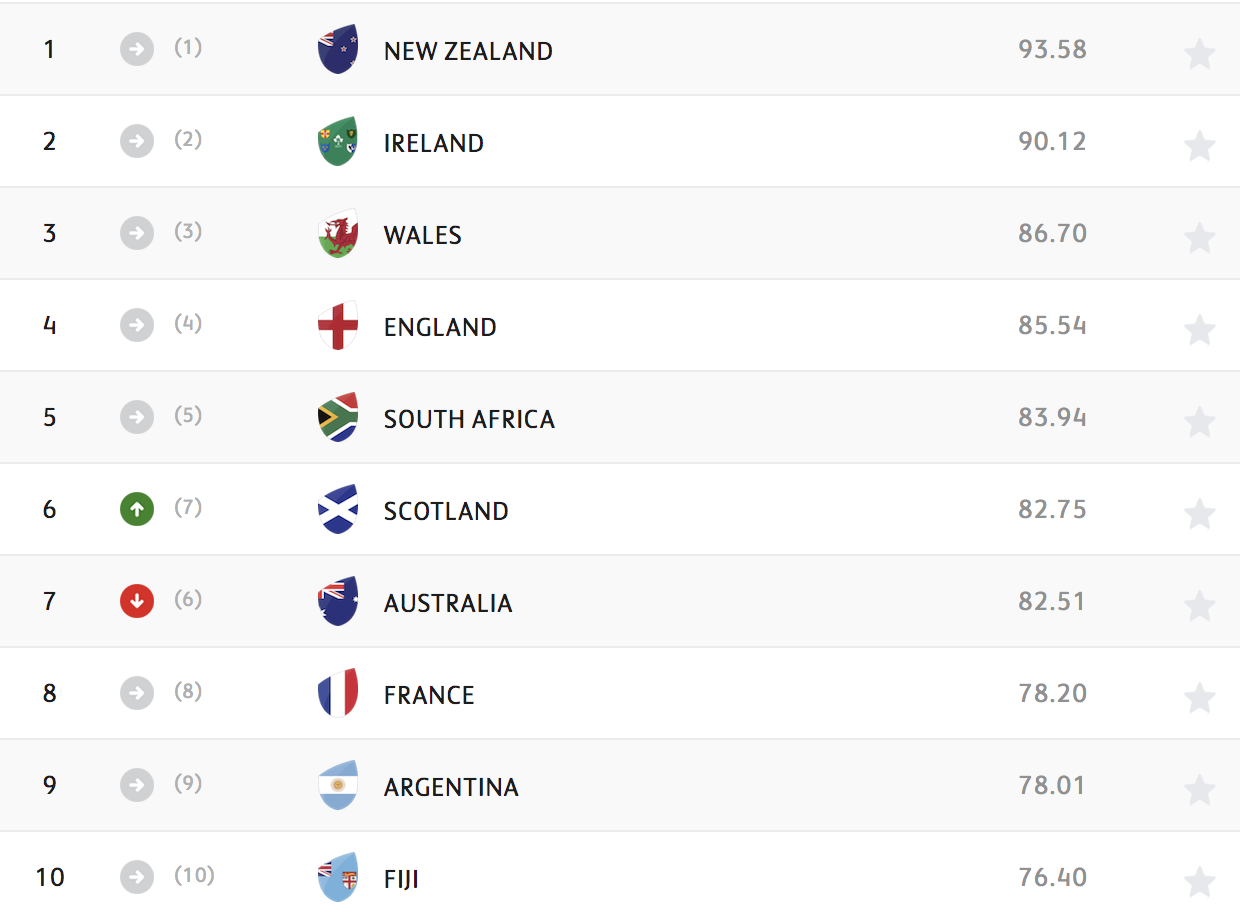 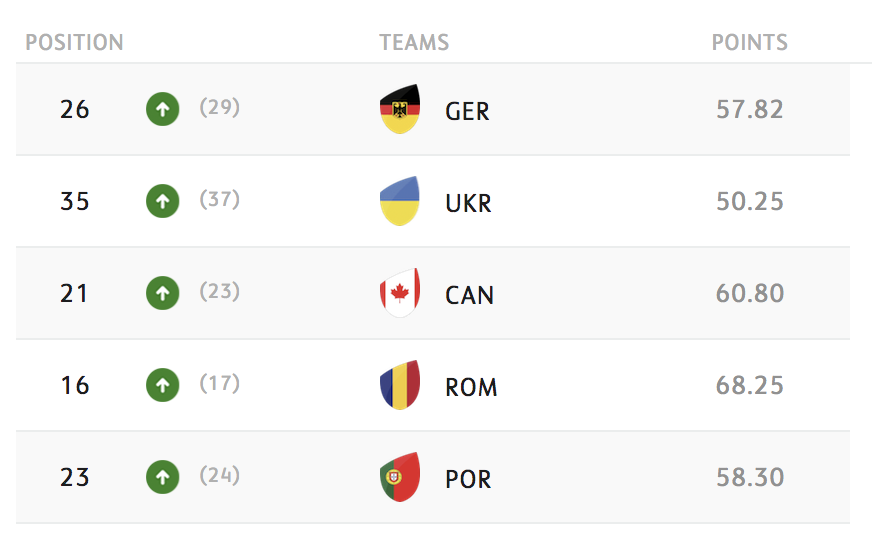