When the updated world ranking are released tomorrow it’s set to be bad news for Eddie Jones.

A Reddit user has worked out the implications of this weekend’s results and for England, it’s not pretty as they drop below the Wallabies following their defeat to South Africa at Ellis Park.

Fiji will also be on the rise, and if they do in fact move up to eighth it will be their highest position ever in the rankings.

South Africa are now heavily breathing down the necks of Scotland as they hope to win and claim sixth next weekend, while England could potentially fall to fifth if hey suffer yet another defeat. 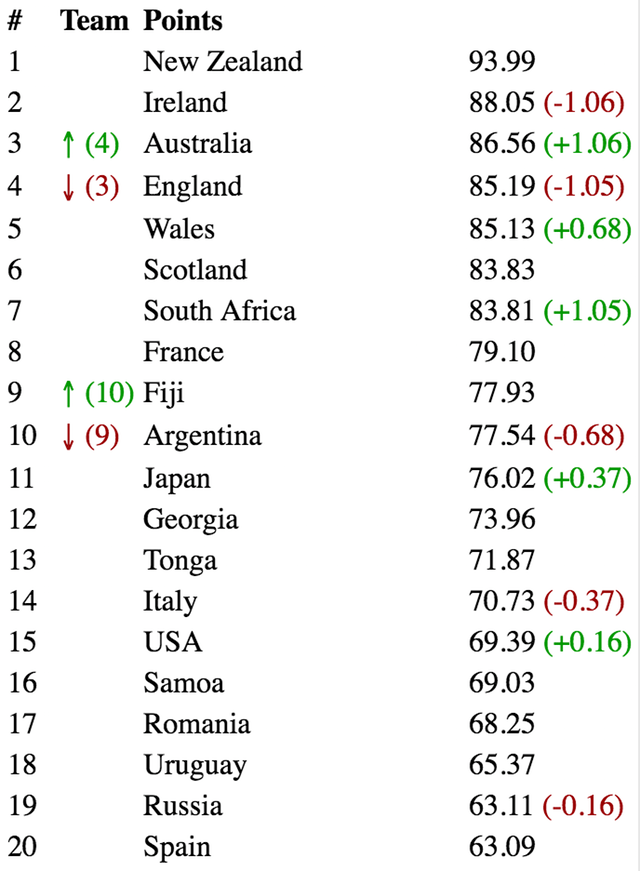