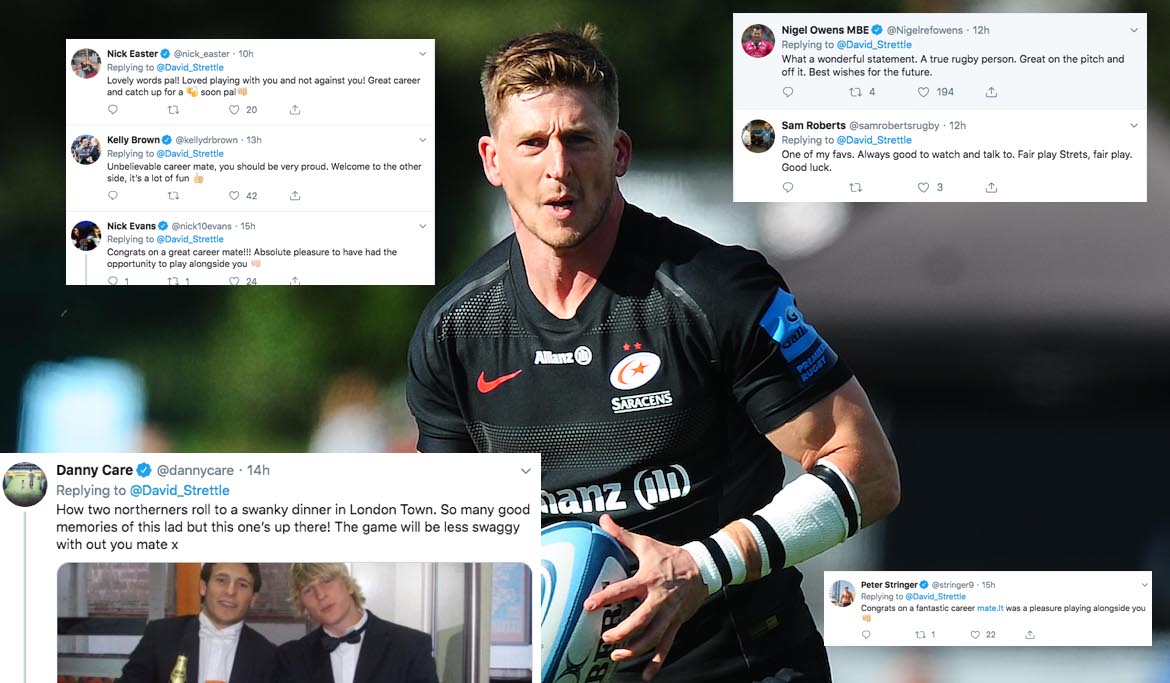 Saracens and England winger David Strettle will retire from professional rugby at the end of the season.