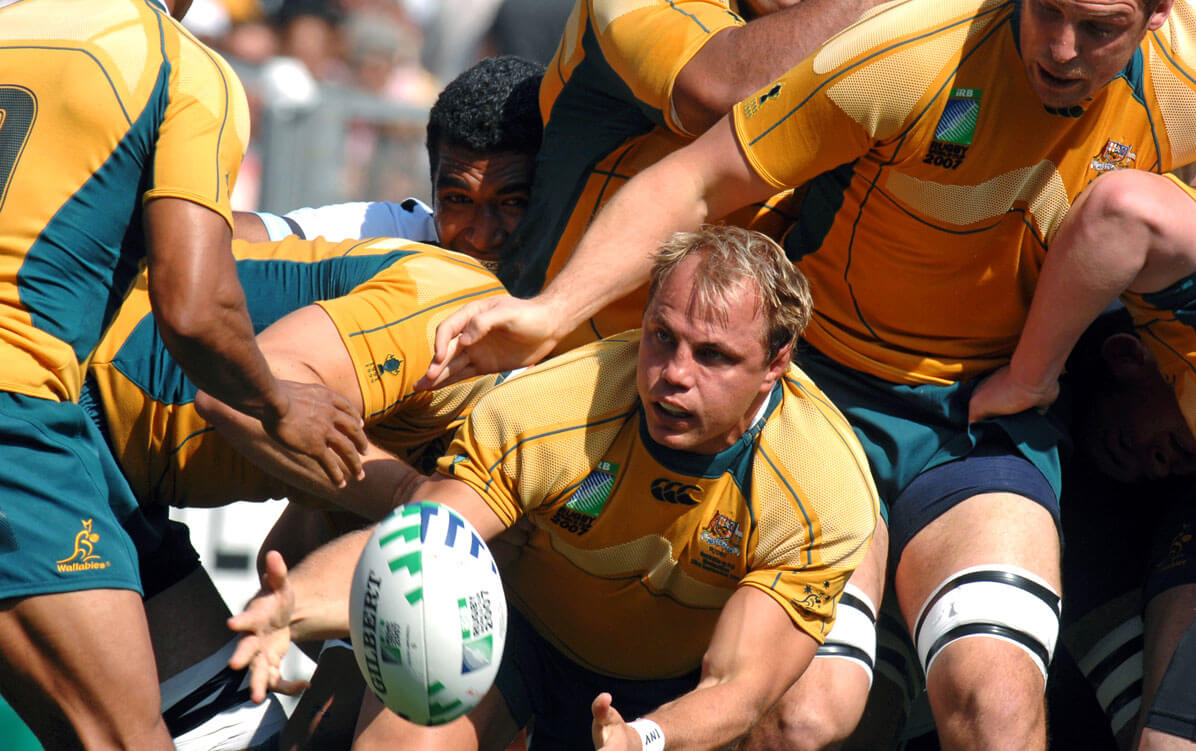 The Flying Fijians performed admirably once again and pushed Australia all the way in an entertaining tie in Cardiff. Australia got the win that they were after, but they will be disappointed at being unable to convert four points into five.

David Pocock proved to be the difference for Australia in a hotly contested clash at the Millennium Stadium.

The number 8 scored a brace, which combined with a Sekope Kepu try and the boot of fly-half Bernard Foley, was enough to see the two-time World Champions get off to a winning start.

Fiji once again displayed great heart and deservedly scored a five-pointer of their own when fly-half Ben Volavola scored one of the tries of the tournament so far with a great individual effort.

The Wallabies chased the bonus point try, but fierce pressure from the Flying Fijians kept them penned in as they game finished 28-13.

Match Action
After a frantic start to the match, Australia finally broke the deadlock on the 10-minute mark, with Bernard Foley slotting home a penalty from right under the posts to make it 3-0.

Fiji then looked dangerous and got themselves on level terms after 16 minutes when Nemani Nadolo kicked a penalty.

The Wallabies regained the lead when they scored the first try of the game from their attacking lineout after 27 minutes. Big Number Eight Pocock crashed over for his fifth international try. Foley added the extras to extend the lead to seven, 10-3.

Things then went from bad to worse for Fiji when Campese Ma’afu was sent to the sin-bin, reducing them to 14 men with 10 minutes of the half remaining.

Australia made the man advantage count immediately as Pocock once again benefited from the driving maul to dive over the line for his second try in three minutes.

Foley missed from the tee, but he made amends soon after with a penalty to make it 18-3 to the Wallabies at the break.

It took the men in gold just three second-half minutes to score a try through hulking prop Sekope Kepu. The 29-year-old finished after a deft instep allowed him to dive over past the right-hand post.

Despite the conversion, a Nadolo penalty soon after kept the arrears to 19 but minutes later the Fijians lost exciting scrum-half Matawalu to injury, and that will be a cause for concern for head coach John Mckee.

However, the underdogs still appeared to be fired up as the game began to open up in the closing stages, yet loose passing cost them precious territory and possession.

But following wave after wave of pressure Volavola did finally touch down a try for Fiji. The 26-year-old fly-half sold two dummy passes to score a brilliant individual try right under the posts.

The two-time Champions Australia then opted to kick for goal on 70 minutes rather than push for a bonus point try, as they wanted to make the result safe due to Fiji’s tails being up.

After several warnings of not rolling away, Tevita Kuridrani paid the price for Australia and was sent to the bin for the final seven minutes of play.

However, the Wallabies held out for the win and moved to third in Pool A, one point behind England and Wales.

The Wallabies will need to exert more dominance in the scrum in their clashes with the stronger teams in the Pool, while despite dominating both possession and territory in the first half against Fiji, they were at 47% for both stats at the final whistle.

Fiji looked dangerous once again and posed a threat throughout the 80 minutes. John Mckee’s men showed great desire, although he will need to keep their discipline in check with some high tackle’s creeping into their game once again when they began to tire.

What’s next?
Next up for the Aussies is Uruguay in just four days time. Coach Michael Cheika claimed that not earning a bonus point win did not matter, but they will surely need to earn one against the South Americans.

Wales are the next opponents for the Fijians in just over a week’s time. The home nation will have just come off the back of a crunch match with England, and their squad is already depleted as it is Fiji’s pace very well could pay dividends should fatigue come into play for Warren Gatland’s men.

Reaction
Australia Captain Stephen Moore: “We’re very happy with the win. Fiji were terrific and they’re a much-improved side. I’m happy with our boys effort; there’s plenty to work on but we got the job done.”

Australia head coach Michael Cheika: “I thought it was a really good game and a good workout for us. It was physical.

“I think at times in the second half, you could tell it was our first game in a while. The guys were blowing a bit. But we came through well.

“We haven’t thought about the bonus point. It’s not Super Rugby; it’s the World Cup. I had to ask the question if they had the bonus point here because I don’t think they have it in the northern hemisphere.”

Man of the match: David Pocock

His two tries were enough to separate the sides in the end, as the lauded back row marked the occasion of his 51st cap with his fifth and sixth international tries. The big Number Eight found his team’s scrum matched for much of the game, but both he and Michael Hooper were monumental in defence, making 38 tackles between them. In attack, Pocock twice peeled off the back of a rolling maul to crash over for five vital points. 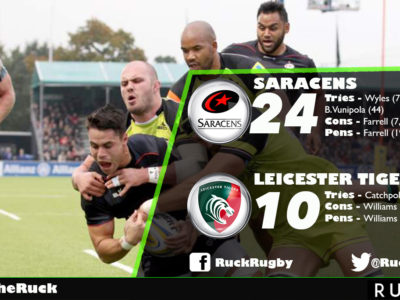