Harry Potter author J.K. Rowling is a renowned Scotland rugby fan and was back in the crowd as they overcame Samoa at Murrayfield on Saturday.

Rowling, who was born in England but has lived in Scotland most of her life, was attending their first game of their Autumn Internationals. 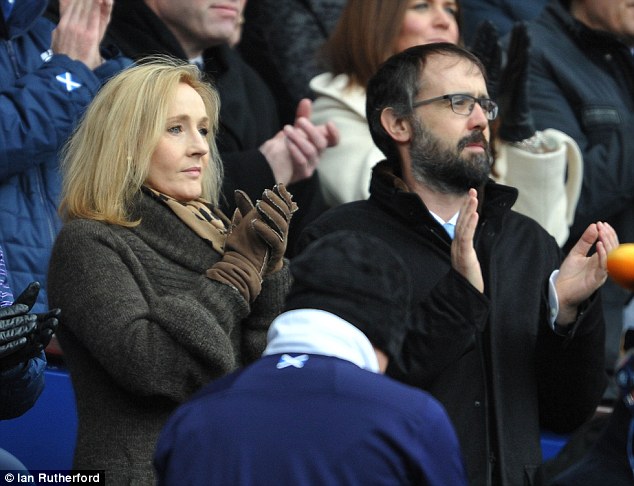 Gregor Townsend’s  men withstood a second-half Samoa fightback to begin their trio of autumn internationals with a Murrayfield win.

Tries from Stuart Hogg and Huw Jones plus a brace by man-of-the-match Stuart McInally put the Scots in control.

Scotland faces world champions New Zealand in Edinburgh next weekend and will need some of Rowling’s magic to get a result.