Despite receiving criticism during the Six Nations and in the build-up to this year’s Rugby World Cup France have started off by recording two successive wins and they should make it three when they take on Canada in Milton Keynes on Thursday night.

The victory would give Les Bleus a just about guaranteed spot in the quarter-finals, setting up a grandstand finish in their final match against Ireland with the losers more than likely having to go toe-to-toe with the reigning champions New Zealand in the first knockout round.

Canada could still possibly finish third in the pool, which would give them automatic qualification for the next tournament in 2019 but in reality they will probably be battling to stay off the bottom when it comes to their crunch match with bottom of the group Romania.

France have won the last six meetings between the two, outscoring Canada 239-70 along the way, with Canada’s lone win against Les Bleus coming 21 years ago in Ottawa.

The France back three of Dulin, Remy Grosso and Scott Spedding is the 22nd combination of players used in the back three in Saint-André’s 43 matches in charge of France.

Grosso will be making his Test debut after being called up to the squad to replace the ruled out Yoann Huget, who suffered a cruciate knee ligament injury in France’s opening match against Italy.

The winger is the third player at this Rugby World Cup to make their Test bow, after Scotland’s Josh Strauss, and Namibia’s Damian Stevens.

The Canucks have made six changes from the team beaten by Italy.

Phil Mack starts at scrum-half in place of Jamie Mackenzie, who took a blow to the ribs against Italy, and Nick Blevins takes over at centre for Connor Braid, who broke his jaw against Italy and is out of the tournament.

Aaron Carpenter comes in for Ray Barkwill at hooker while Brett Beukeboom, who excelled in Canada’s first game against Ireland, returns to replace Jebb Sinclair at lock.

There are two changes in the back-row with Kyle Gilmour and Richard Thorpe coming in for Nanyak Dala and John Moonlight.

Captain Jamie Cudmore will be making his 13th World Cup appearance for Canada, meaning the lock will be just one match behind the national record of 14, which is held by Rod Snow. 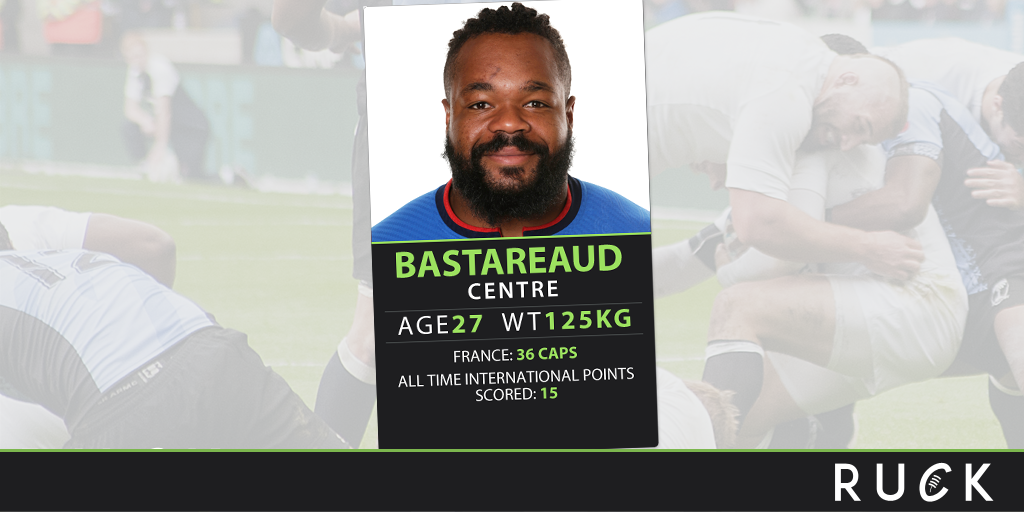 The alarmingly powerful Toulon centre Mathieu Bastareaud is a tackling machine and despite his size has a frighteningly quick burst of speed, which more often than not gets him over the gain line. Canada will unquestionably struggle to deal with the 27-year-olds presence both in attack and defence.

The Canadian winger scored 39 tries in 90 appearances for Glasgow Warriors and has already showed his ability at crossing the whitewash during this Rugby World Cup. Despite Canada’s struggles in their opening two games, the speedster managed to touch down against both Ireland and Italy, putting in stellar performances in the process.

RUCK Prediction
France’s first two displays may not have been pretty but they have been very efficient in how they have gone about their work. Les Bleus look solid defencively and have an abundance of pace on their wings that will certainly hurt Canada. The Maple Leafs have struggled to get a foot hold so far during this Rugby World Cup and it will be hard again for them today.
France by 25

The 5 Best Rugby Centres Of All Time, Ranked