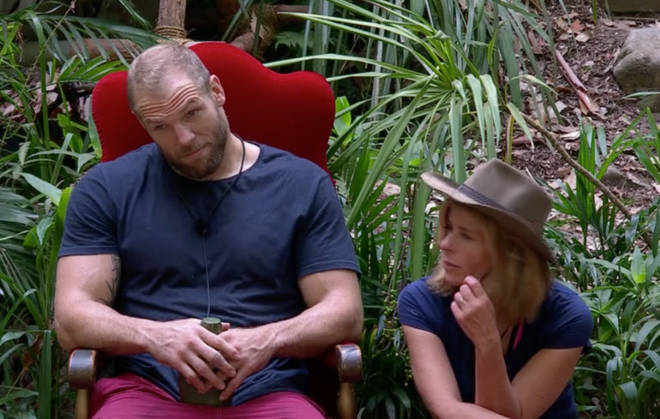 James Haskell has come under fire after being accused of mocking disabilities.

The former England international irritated a number of viewers with his ‘club foot’ comments during Tuesday night’s episode.

The moment happened during the ITV show, when James’ campmate Ian Wright decided to jog around the camp to let off some energy.

@imacelebrity why did on last nights show you deem it suitable to show James Haskell making a joke about club foot?

Club foot is a birth defect which causes one or both of the baby’s feet to point down and inwards.

One person commented: “I find it disheartening that being politically correct does not stretch to disabilities like Clubfoot.”

I really like Hames Haskell and don’t believe he meant any harm by this comment at all, but this is why we need to raise more awareness of just how much this disability can impact those effected https://t.co/iLcwDx9Egq #whatwouldelsiedo #clubfootawareness

Another wrote: “I’m sorry, but I’m really disgusted by James Haskell’s comment about Clubfoot. Why is this acceptable? #ImACeleb.”

A third shared: “Disgusting language used by James in regards to clubfoot!! How can ITV let that be aired? Some children, including my son, have this condition and it is disgusting how he makes a joke out of it!!”